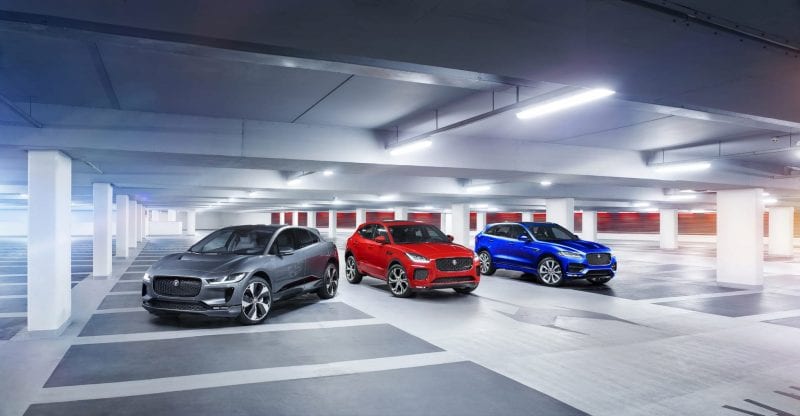 Jaguar finally unveiled the production version of the I-Pace, its first all-electric vehicle. It promises sports car performance, next-gen AI technology, combined with the practicality of an SUV. The I-Pace SUV boasts some specs to rival long-range electric cars, along with impressive fast-charging numbers.

Thanks to a 90kWh Lithium-ion battery with 432 pouch cells, the I-PACE claims a maximum range of 298 miles, with owners then able to charge the car to 80% in 85 minutes using 50kW DC charging. Go for a 100kW rapid charger, and that time drops to just 40 minutes. It will accelerate from 0 to 60 mph (96.5 km/h) in 4.5 seconds, with twin electric motors built in-house at Jaguar drawing power from a 90-kWh lithium-ion battery pack.

“For I-PACE customers – fuel stations are a thing of the past, after overnight charging they’ll wake up every morning with a ‘full tank of fuel’!”

The numbers match those of Tesla’s Model X SUV which starts at $80,000. Jaguar hasn’t announced I-Pace pricing yet, but you can expect it to land in the same region—and that once you start adding options like fancy finishes and plush materials, the cost will quickly climb.

The design of the I-PACE is sleek, almost coupe-like, an according to Jaguar, it was influenced by the iconic C-X75 supercar. An upshot of dumping the hulking engine and plunking the battery in the floor of the car. That new architecture gave Jaguar designers the freedom to push the base of the windscreen and the passenger cell farther forward than usual.

Inside, passenger room is comparable to that of a large SUV. On the dash you’ll find a InControl Touch Pro Duo, 10-inch display for navigation and music, and a 5.5-inch screen below it for climate controls, with integrated twisty knobs, similar to that of its stablemate, the Range Rover Velar. Additionally, the InControl Remote app is getting an Alexa skill that will let drivers ask Alexa-enabled devices for information on the I-Pace’s charge level. Additionally, the I-Pace will be the first Jaguar to get over-the-air software updates. It also has slots for tablets and laptops under the rear seats, six USB ports, and three 12V sockets, and it comes with a 4G Wi-Fi hotspot.

The I-Pace goes on sale in Europe in July at a base price of about $87,000 before government incentives, but in the U.S. price will be lower.