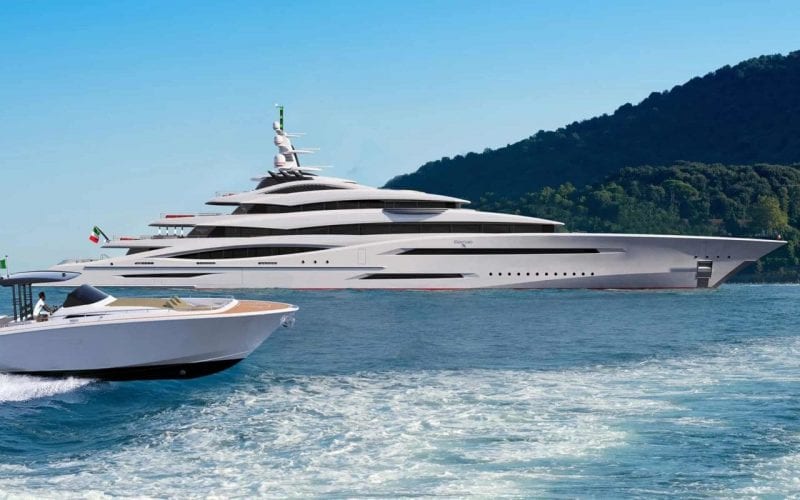 Ocean Independence latest 110-meter megayacht, Project Century X is what yachting dreams are made of. This beautiful superyacht already offers a glimpse of what’s to come.

The company recommends that the 48-month build would be handled by Fincantieri a renowned Italian shipyard in part due to the success of previous collaborations between the two namely on the Griffin Series but also largely due to Fincantieri’s sizable 110m technical platform.

The sleek lines and a classic silhouette of megayacht might make it seem just another yacht but this giant boat harbours a list of service think of a floating five-star resort with the most insane amenities. And with 3000 square metres of onboard space and 1400 square metres dedicated solely to Owner and their guests, there is much to enjoy when it comes to the elegant interiors of Century X.

Penned in partnership with exterior designer Christopher Seymour and design consultant Carl Esch, Century X has interior design by the world-renown Theodoros Fotiadis. With spacious accommodations that can house up to 14 passengers in seven lavish staterooms. Owners have the privilege of enjoying an expansive private deck with approximately 550 square meters of space. Other amenities include an outstanding gym and wellness area, with sauna and massage center, several saloons and lounge areas, a cinema lounge with another separate bar, and a generous beach club.

The detailed technical input from Fincantieri has given the megayacht two 3,600kW engines that deliver a range of 6,000nm top speed of 19 knots and a cruising speed of 16 knots. Project Century X is still a concept, but Ocean Independence says construction will take 48 months and the estimated delivery is scheduled for 2024.  Opulent Club on Apple News.