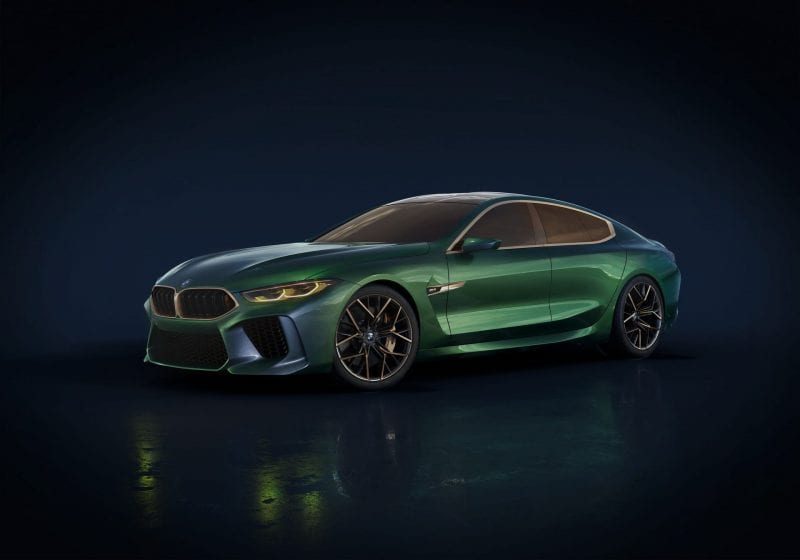 The silhouette alone was alluring, the BMW Concept M8 Gran Coupe is the work of Domagoj Dukec, otherwise known as DD, and his team. BMW is looking to put the world on notice, while giving the letter ‘M’ a whole new meaning.

The concept is a four-door coupe, with a sloping roofline that merges seamlessly into the decklid. The long hood and swept-back windshield give sporty proportions, while the deep front fascia and large air intakes hint at the performance of the M8. This car, moreover, represents “a new facet of luxury: extremely sporty, extravagant and polarizing,” according to chief designer Adrian van Hooydonk.