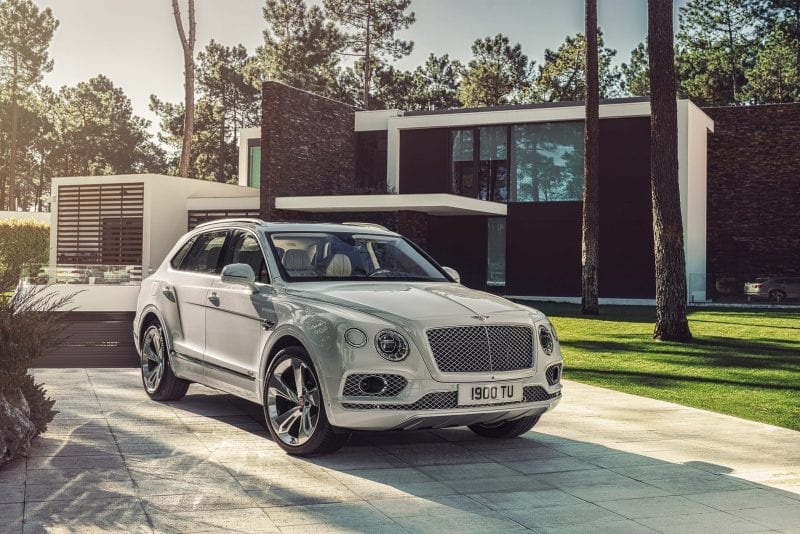 Bentley has unveiled the all-new Bentayga Hybrid plug-in hybrid powertrain that combines a turbocharged 3.0-liter V-6 and an electric motor. That makes this Bentayga the first Bentley with fewer than eight cylinders in quite some time. It will make the automaker the first among ultra-luxury marques with an electrified vehicle.

Bentley says the battery can be fully recharged in just 2.5 hours on 240-volt power and that the Bentayga Hybrid can travel up to 31 miles on EV power alone. The SUV can also drive in pure hybrid mode, making the most of the gas engine and electric motor’s combined efficiency. Bentley has partnered with designer Philippe Starck to create a bespoke wall charger called the “Power Dock.” Bentley says the charger is a “statement piece” with the “exquisite attention to detail you would expect from both Bentley and Starck.”

Look for the Bentayga plug-in to go on sale in the second half of the year, as a 2019 model. It will likely go by the name Bentayga Hybrid, and it’s pricing should start slightly above the $200k mark.