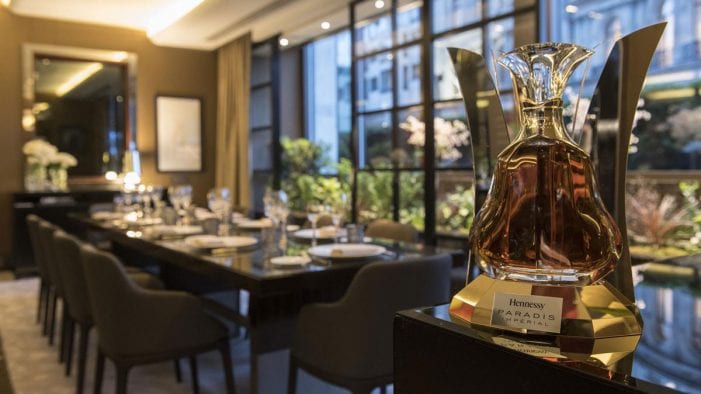 The Hennessy Experience Room showcases a unique approach to cognac and cuisine pairing with Paradis Imperial crafted from the house’s rarest and oldest selection of eaux devies elevating the dining experience for visitors at every stage. Combined with Four Seasons world class service and creative cuisine, the space offers an intimate dining experience, encapsulating the decadence and refinement of Paradis Imperial.

Launched in 2011, the Hennessy Paradis Impérial was inspired by a blend first created in 1818, as a commission for the Russian Empress, Maria Feodorovna, for her son, Tsar Alexander 1. This is a rare opportunity to sample the exceptional spirit, paired with a four-course menu devised by Four Seasons Hotel executive chef Romuald Feger. Menu highlights include Scottish blue lobster tail, roasted turbot and venison with wild mushroom roulade. 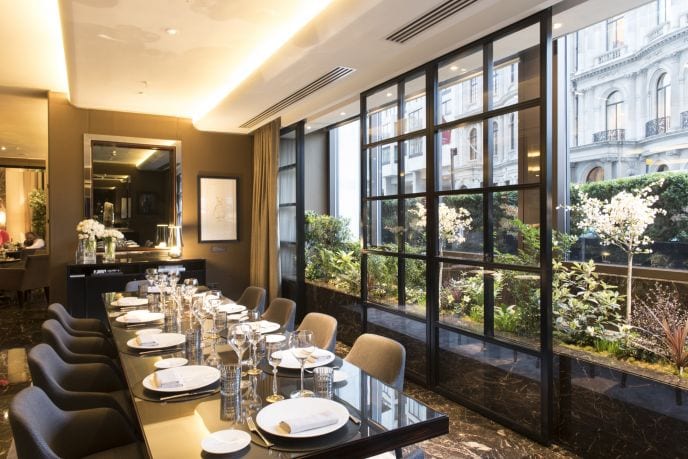 The dining menu plays on Paradis Imperial’s unique make-up of eaux de vies: of each of the 10,000 eaux de viestasted by the Hennessy Tasting Committee and Master Blender each year, only ten that showcase the most finesse and delicacy will make it into the final Paradis Imperial blend.