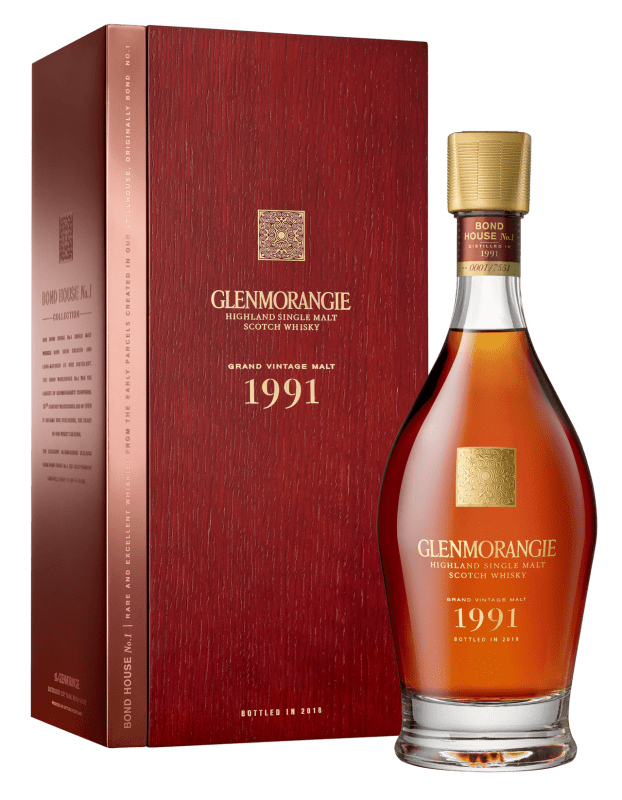 A 1991 vintage single malt whisky celebrating “the pioneers of the wood finish” has been released as the fourth limited edition in Glenmorangie’s Bond House No 1 series.

Glenmorangie Grand Vintage Malt 1991 takes its rich plum character from two parcels of whisky which, ordinarily, would never be brought together. One of the whiskies was finished in oloroso sherry casks for sweetness and spice, while the other was finished in Burgundy casks, providing “earthy and truffle notes”. A “hint” of whisky aged in new toasted oak was also used in the process. Yet, united  with skill, their contrasts create this surprisingly mellow 26-year-old limited edition the latest in a collection exploring some of the Distillery’s most prized parcels of aged whisky.

Glenmorangie Grand Vintage Malt 1991 will be available to purchase online at www.Clos19.com and from whisky specialists, from 9th April onwards.