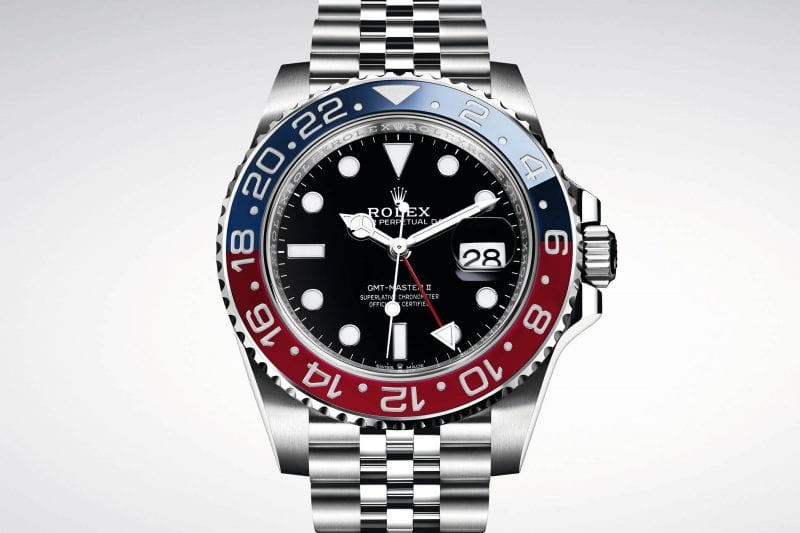 Baselworld 2018, Rolex is extending its GMT-Master II range with a new version in Oystersteel, equipped with a bi-directional rotatable bezel and a 24-hour graduated two-colour Cerachrom insert in red and blue ceramic. While previously available in white gold only, the Rolex GMT Master II Pepsi is now offered in stainless steel.

Originally designed to aid airline pilots in their navigation, the GMT-Master has become an unmistakable icon. The new GMT-Master II shows a slightly redesigned case, with new lugs: thinner and more tapered. The case bands have also been slightly redesigned. The Cerachrom bezel is equal to the previous WG version, with a monobloc construction.

The Rolex GMT Master II “Pepsi” 126710 BLRO also incorporates a new five-link Jubilee bracelet which was offered on the historical model too but now with an Oysterclasp. As usual, the bracelet is both polished and brushed. 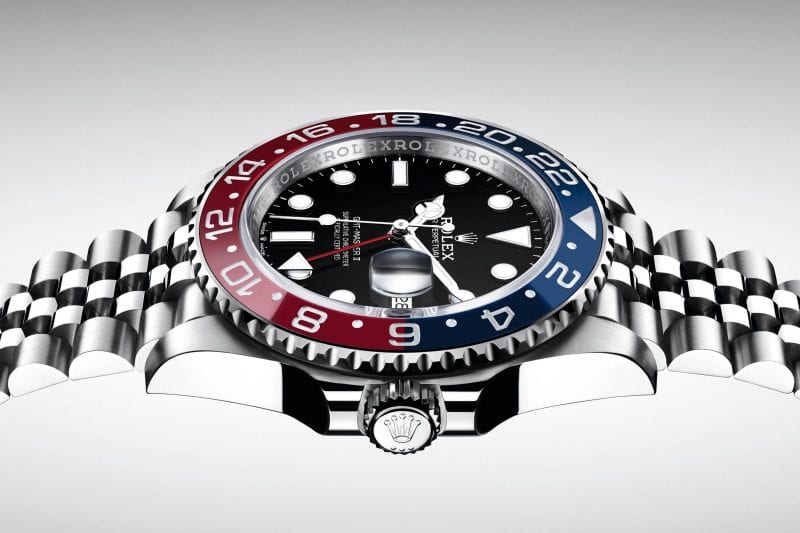 But the biggest news about this watch is the new caliber the 3285. The previous iteration GMT had the 3186 which didn’t have the new Chronergy escapement that has been added to new Rolex movements, allowing for a 15% gain in efficiency. It also boasts 70 hours of power reserve. An optimized blue Parachrom hairspring is fitted to the oscillator, the true heart of the watch. Patented and manufactured by Rolex in an exclusive paramagnetic alloy, it is up to 10 times more precise than a traditional hairspring in case of shocks. 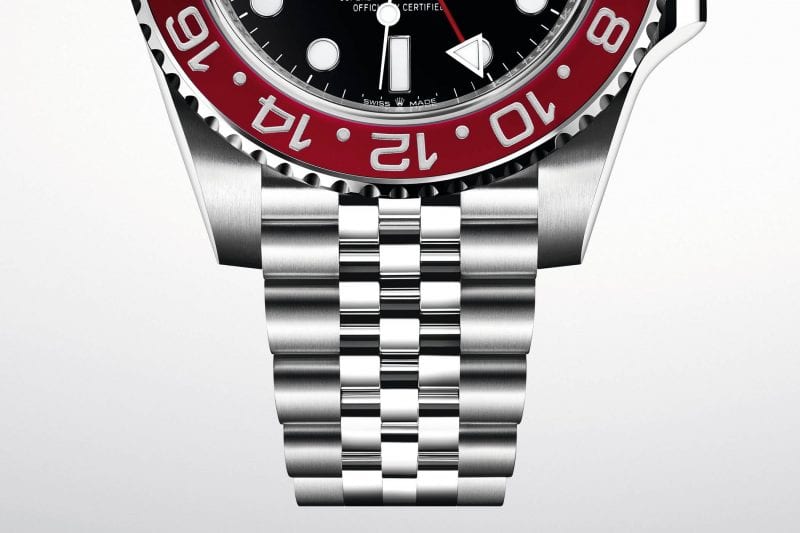 Like all Rolex watches, the Oyster Perpetual GMT-Master II is covered by the Superlative Chronometer certification redefined by Rolex in 2015 and applied to the fully assembled watch, after casing the movement to guarantee precision, power reserve, waterproofness and self-winding.