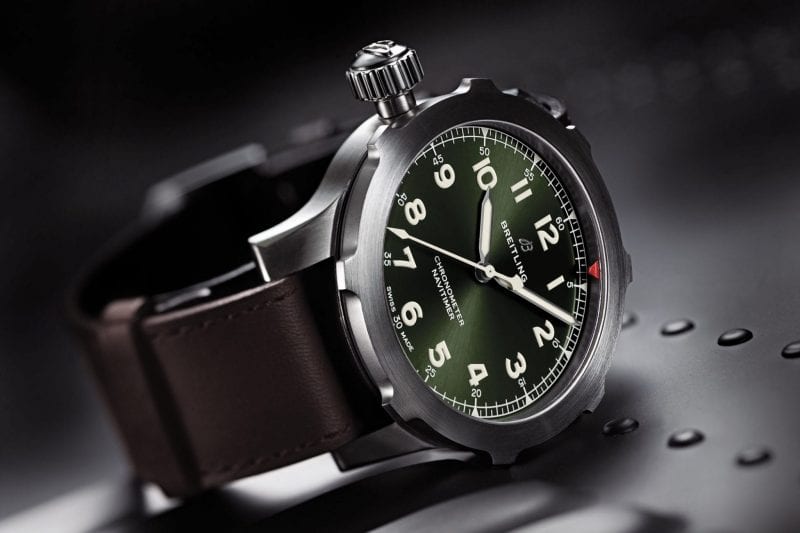 Breitling debuts the Navitimer Super 8, is inspired stopwatch that pilots in the 1930s and 1940s wore strapped to their thighs. The Navitimer Super 8 expresses the distinctive, practical design elements of the Reference 637 in a big, bold wristwatch that is one of the stars of this year’s collection. Reference 637 stopwatch, which was used in the Second World War by bomber pilots and crews.

According to Breitling, “The Reference 637 was created by Breitling’s Huit Aviation Department, which was established in 1938 by Willy Breitling. He was aware of the strict requirements for military and civil aviation, and the Department’s name – the French word for “eight” – was chosen to reflect the eight days of power reserve offered by onboard clocks and other dashboard instruments. The clocks developed by Huit Aviation were also admired for their lightweight cases and their ease of installation. 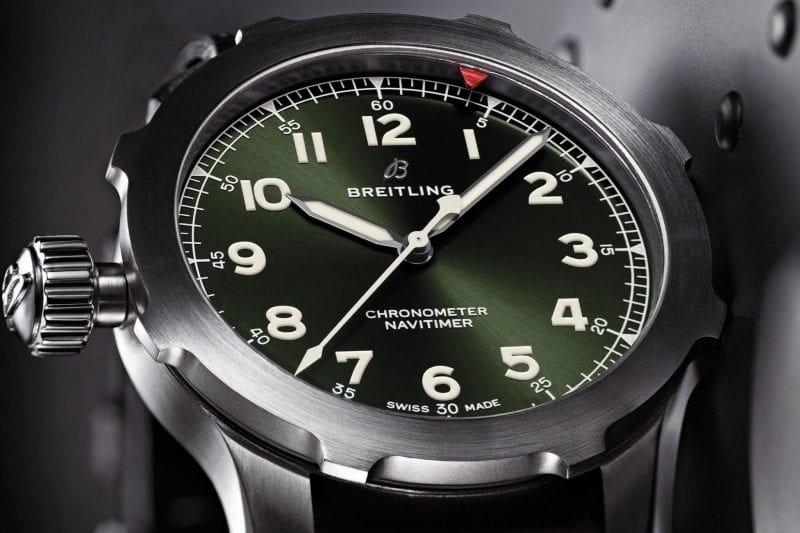 Willy Breitling understood that aviators worked in demanding, unforgiving environments that required instruments that were not only highly legible but also capable of outstanding performance in the harshest of conditions. The Huit Aviation Department created a battery of challenging tests that proved that its instruments – including the Reference 637 were more than a match for the shocks, vibrations, extreme temperatures, and magnetism that pilots and crews were likely to encounter in the cockpit.” 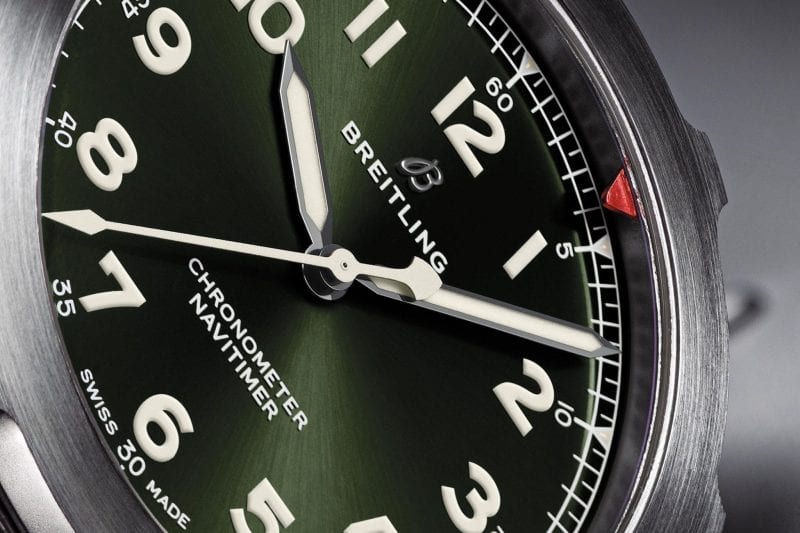 The case measures 46mm, and even goes to 50mm once the larges notches comes in the equation. At the heart of the Breitling Navitimer Super 8 is the Manufacture Caliber B20, based on the Caliber MT 5612, an automatic movement with exclusive finishing that is wound by a dual-acting ball-bearing rotor. It delivers an impressive power reserve of over 70 hours. The watch is water-resistant to 3 bar (30 meters) and, like every Breitling, the Navitimer Super 8 is a COSC-certified chronometer.