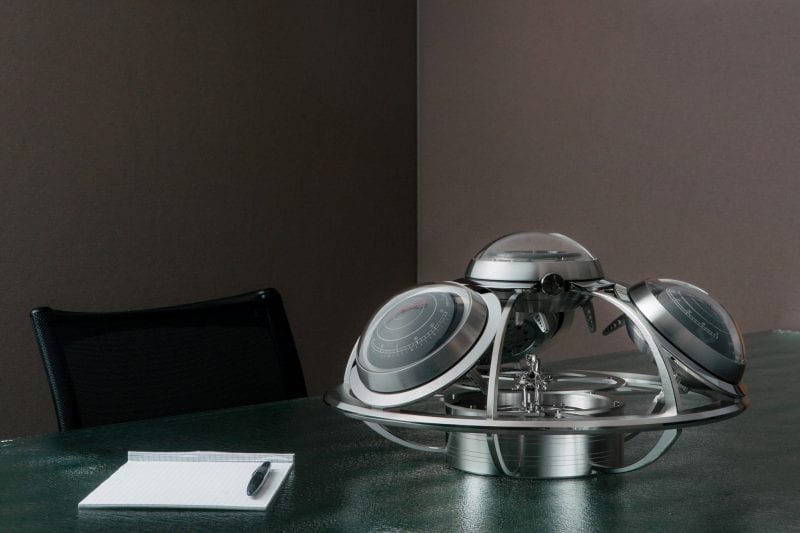 MB&F and L’Epée 1839 have teamed up yet again. For their latest collaboration the two brands have created a spaceship that tells the time, temperature, barometric pressure, and humidity. 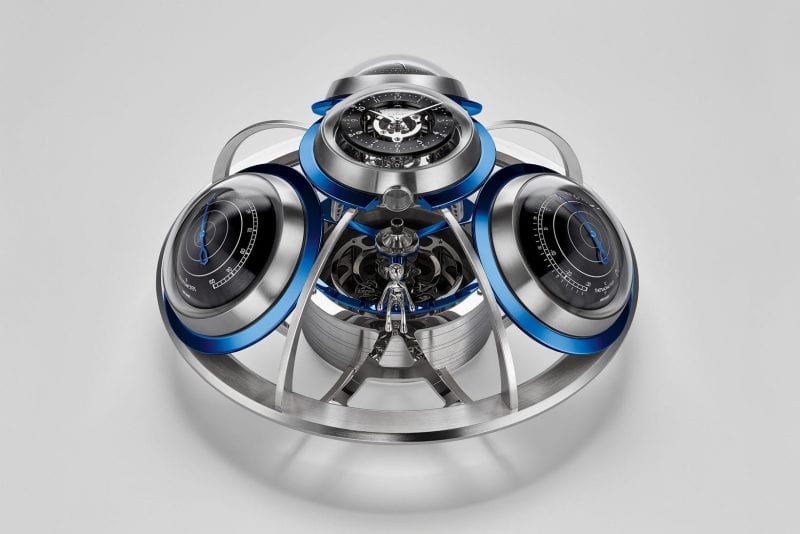 It is a confluence of fantasies from classic UFO films, books, and comics of the 1950-60s with the desktop weather stations that were popular before weather forecasts were available on our phones. The mothership is piloted by Ross, MB&F’s resident Alien powered by his own manual wound movement. ‘The Fifth Element.’ MB&F founder Maximilian Büsser long admired desktop weather stations of the last century, but frustrated in not finding the right vintage model for himself decided to create
his own.

The Fifth Element consists of four removable and interchangeable instrument elements, including clock, barometer, hygrometer, thermometer and the fifth element designed by L’Epée 1839, which mastered the precision manufacturing of the intricate series of curves and circles within circles that make up the large structure. 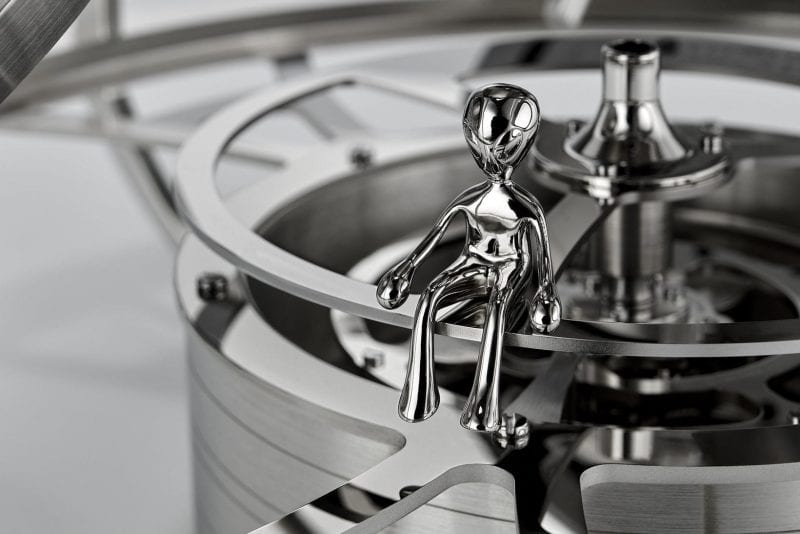 For the Fifth Element, L’Epée 1839 reengineered and skeletonized their 8-day clock movement to maximize transparency and visual access. The barometer, which measures air pressure, is the mainstay of weather forecasting: as a general rule, increasing air pressure foretells good clear weather, decreasing air pressure portends inclement weather. The hygrometer measures the percentage of water vapour in the air; it displays this as a percentage of the maximum amount of moisture that might be held at a given temperature. As for the Thermometers don’t simply measure temperature, but the average kinetic energy of a substance. The higher the temperature, the higher the energy. A thermometer is essentially a power reserve indication of the energy in the atmosphere around us. 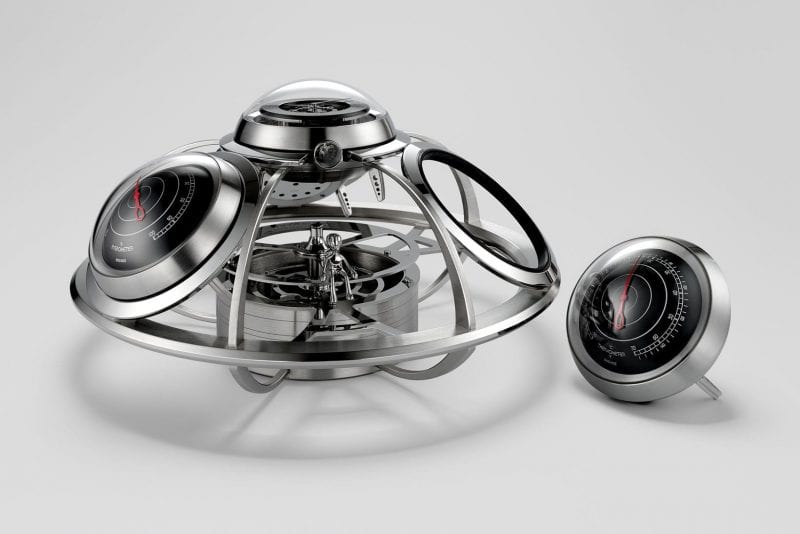 The Fifth Element is available in 3 limited editions of 18 pieces each in Black, Silver and Blue.