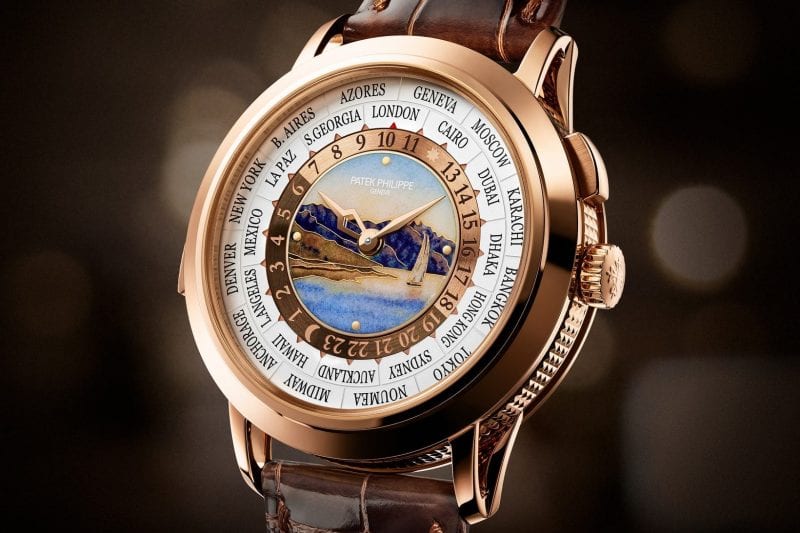 Originally released for the very first time on the occasion of the Patek Philippe “The Art of Watches Grand Exhibition New York 2017” Minute repeaters and the World Time function play a pivotal role in the portfolio of Patek Philippe’s complicated timepieces. With its chiming watches, the Genevan manufacture has defined the benchmark for decades, as evidenced by their exceptional acoustic quality, the broad range of models and variations, and the interesting combinations with other complications.

Now, at Baselworld 2018, the micro-mechanical masterpiece has been added to the manufacture’s regular collection. It is a new grand complication with features in a domain that Patek Philippe has dominated for decades: a minute repeater, a World Time mechanism, an enamel arts dial, and a rose-gold case crafted in-house. 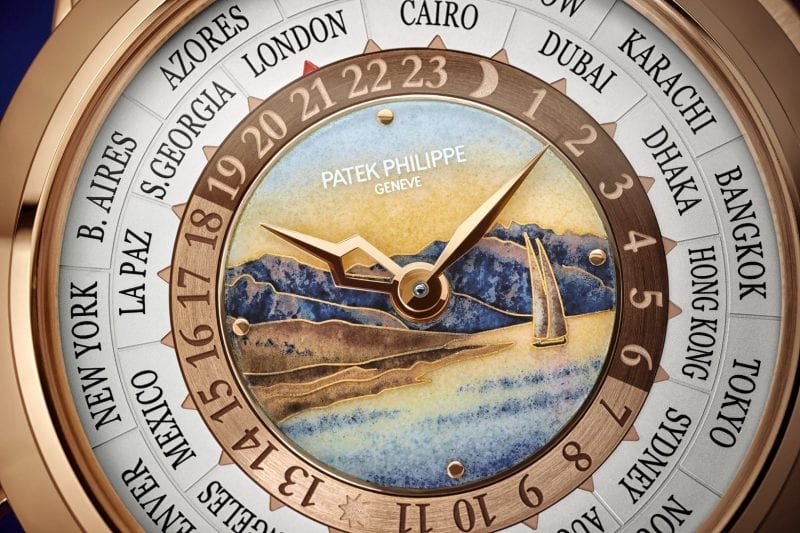 The Ref. 5531 World Time Minute Repeater merge these two complications for the first time in Patek Philippe’s history and also in an unprecedented way: the time is always struck as indicated by the hour and minute hands for the time zone represented by the city aligned with the 12 o’clock position. All other minute repeaters with 24 time zones systematically strike home time even if they and their owners are far away from home. Conversely, Patek Philippe’s Ref. 5531 World Time Minute Repeater, chimes the time, accurately to the second, at its current location, is a horological feat that has never been accomplished so consummately and for which a patent application has been filed. 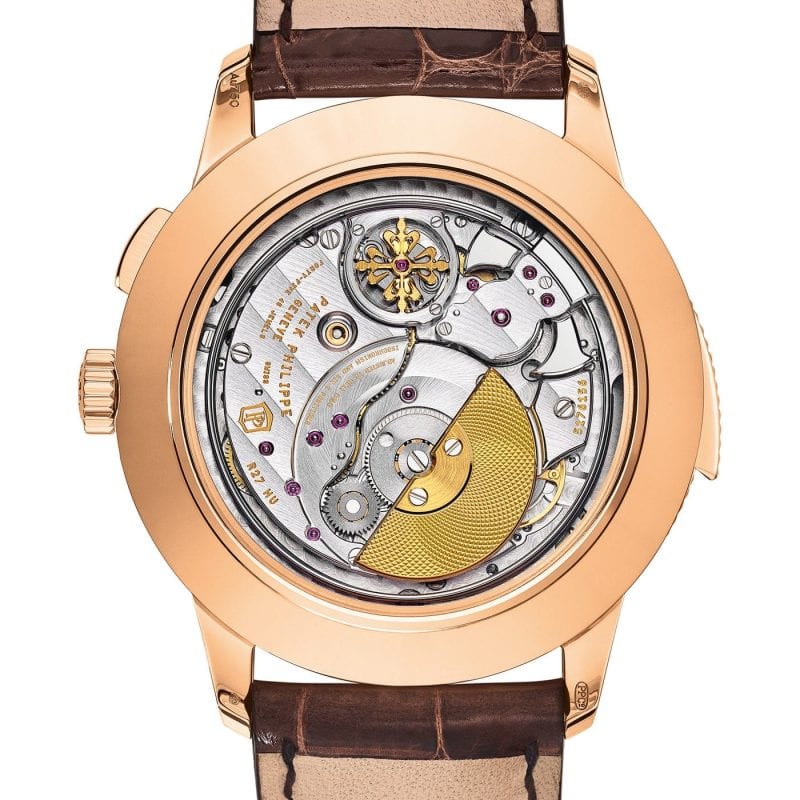 The movement is the self-winding caliber R 27 HU, which made its debut in the New York editions, that consists of 462 parts and is crafted in the manufacture’s haute horlogerie workshops. It is wound by a mini-rotor in 22K gold which is fully recessed in the movement and exhibits a hand-guilloched hobnail pattern. While the minute and quarter snails remain interconnected on the cannon pinion, the hour snail is now continuously driven by the time-zone wheel of the World Time mechanism rather than being controlled by the quarter snail. 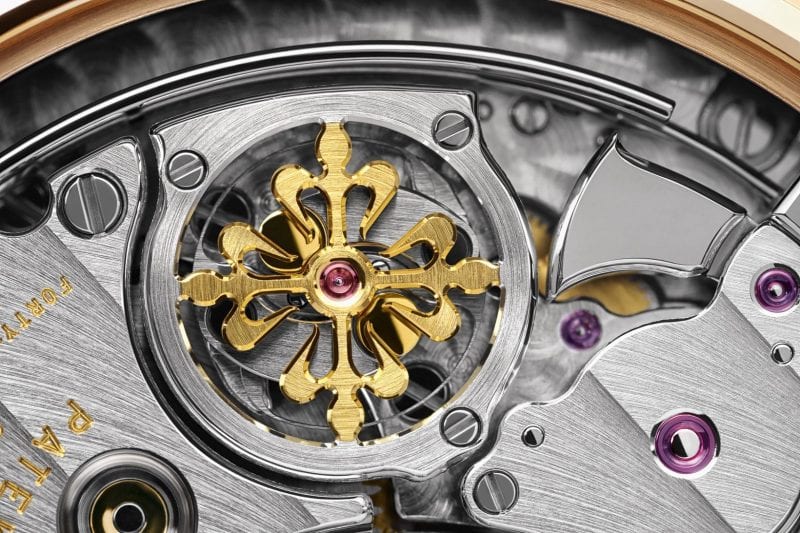 All the technical excellence you’d expect from the manufacture is present Gyromax balance, Spiromax balance spring in Silinvar, and a power reserve of 48 hours and visible beneath a clear sapphire caseback.

A small work of art occupies the center of the dial, saluting the heritage of Patek Philippe World Time watches: an artistic cloisonné enamel depiction of the Lavaux winegrowing region a UNESCO World Heritage site not far from Patek Philippe’s Swiss headquarters. The dial features lapped rose-gold hands, including a pierced hour hand whose silhouette is inspired by the Southern Cross constellation. It is surrounded by a 24-hour scale divided into two colored sectors to represent day and night, and by a disk emblazoned with the names of 24 world cities.