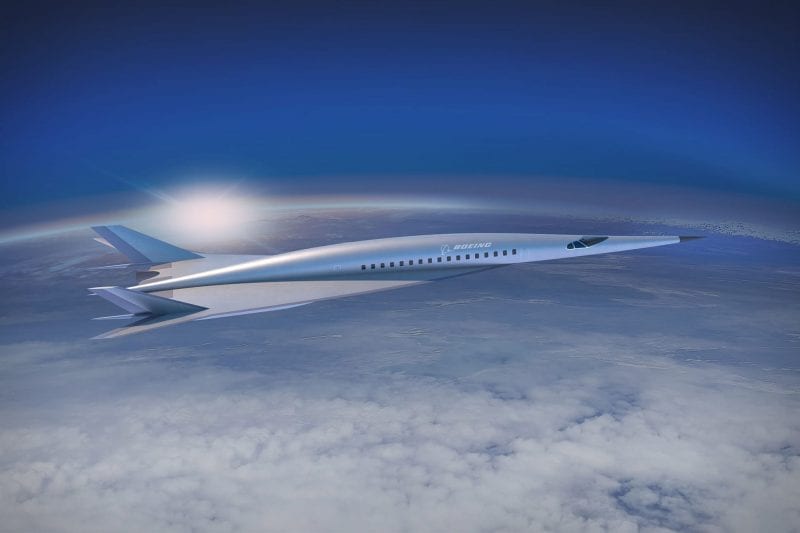 Boeing has unveiled its first concept design for a hypersonic passenger jet during the American Institute of Aeronautics and Astronautics (AIAA) conference in Atlanta. This Hypersonic Jet Concept provides a glimpse of a future that could arrive in as little as 20 years.

“There is an inherent value in speed,” says Kevin Bowcutt, Senior Technical Fellow of hypersonics in Boeing Research & Technology. Capable of traveling Mach 5, it would rely on a turbofan engine at takeoff, switching to a ramjet at altitudes as high as 95,000 feet. As a result, it could make the trip from New York to Tokyo in around two hours, making our already small world that much smaller. Although the airplane Boeing showed off is just a concept and will certainly change before its possible flight in 20 or 30 years.

The passenger concept could have military or commercial applications, Boeing said, adding that this design is just one of several hypersonic vehicle concepts its engineers are studying, which span a wide range of potential applications. The concept, along with other new technology from the company, will be on display at Farnborough Airshow in July.