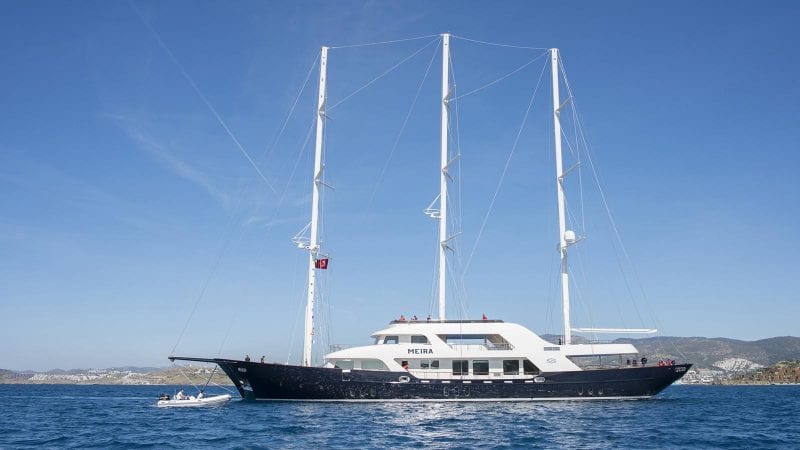 The 55-metre motor sailor yacht Meira was launched on March 31 by Turkish yard Neta Marine. this steel-hulled yacht was styled inside and out by Evan K Marshall, with a dark blue hull and canoe stern, while Fuat Turan developed the naval architecture. 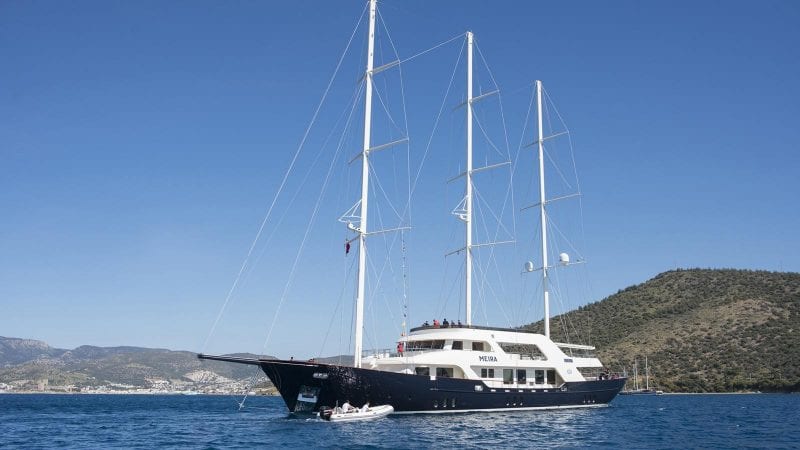 On board, she accommodates up to 12 guests across a six cabin layout, including a generous master suite on the main deck, three VIP cabins, and two twin cabins. On board entertainment has been thoroughly thought through with Samsung satellite televisions in all cabins and a bar in the skylounge. On deck amenities include a Jacuzzi, plus four other sunbathing spots.

ther key features include a garage which is fully loaded with two of tenders, canoes, wakeboards, paddleboards, waterskis, Jet Skis. LYC and RINA compliant, her 495GT interior has been finished in ebony and Aningeria. Leather and marble elements help to create a luxurious feel on board and walnut flooring adds further finesse.

The yacht is fitted with twin 1,040hp Mitsubishi engines with a top speed of 12 knots. With the cruising speed of 10 knots and nauitcal range of 3,900 knots, fuel tanks can carry 22,500 litres of fuel.