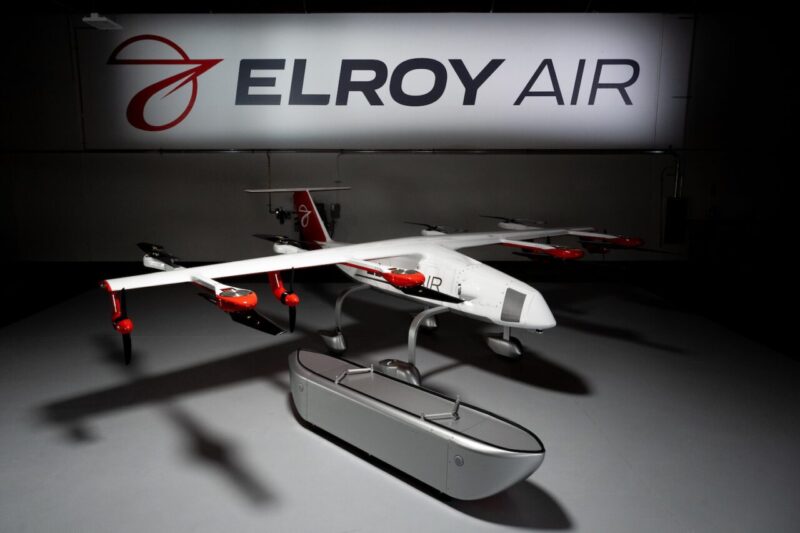 Elroy Air revealed its pre-production vertical take-off and landing (VTOL) aircraft last week, the Chaparral the first end-to-end autonomous VTOL aerial cargo system. The Chaparral can autonomously pick up 300-500 lbs of cargo and deliver it by air up to 300 miles, a capability that pushes beyond the limited payload capabilities of delivery drones and the airport infrastructure required of piloted air cargo options available today.

The Chaparral is designed to fit inside a standard 40-foot shipping container, making it easy to move and deploy around the world, while its modular cargo pods can be pre-loaded by personnel on the ground and then left within a 50-foot landing square for pick-up. The Chaparral is a transitioning “lift + cruise” VTOL aircraft with a full carbon composite airframe, and a turbine-based hybrid-electric powertrain for long-range mission capabilities, enabling it to be quickly shipped and deployed anywhere in the world.

“The Chaparral is an important part of the future of express logistics. It is built for full end-to-end automation, and it will safely and efficiently make express shipping possible in thousands of new places. It’s a delivery drone that’s faster than ground transport and lower cost than today’s traditional aircraft,” said Elroy Air Co-founder and CEO David Merrill.

While the technology for these and similar drone delivery systems is looking increasingly mature and robust, it still remains to be seen whether the price of development and deployment will lead to long-term work. Discover Opulent Club on Apple News.