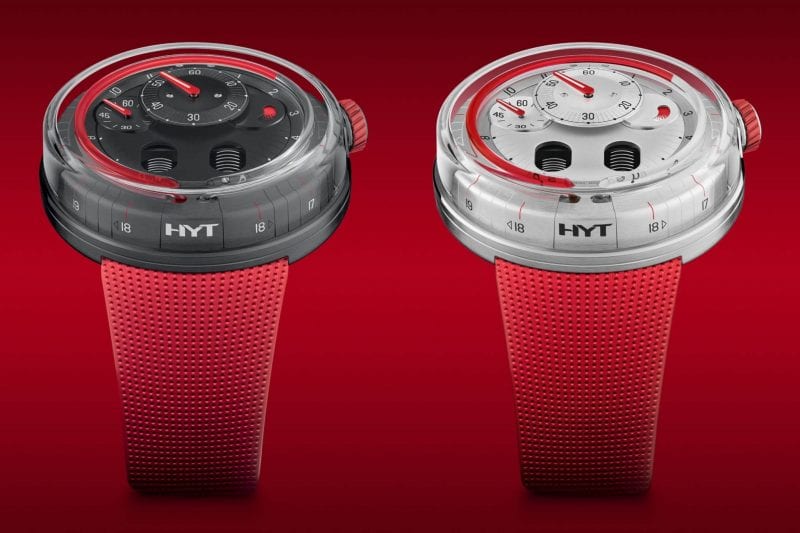 HYT gives us a look at another one of its highly sophisticated timepieces, the HYT H0 x Eau Rouge. HYT has become an icon in the watch industry as the only company to make use of fluid to tell the time successfully.

The watch is something out of a sci-fi novel, blending engineering with science to come up with a highly-functional watch. HYT H0 collection, has a proprietary liquid-filled hours display which uses two liquids, one red and one clear, and is pumped in and out by two bellows, which in turn lines up with the chapter ring to show the hour. 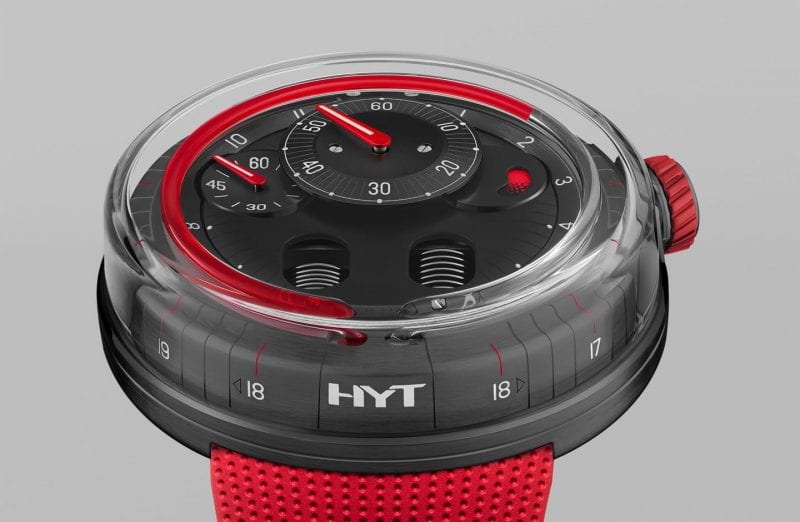 There’s even a seconds hand, which is somewhat unusual for HYT watches, and a power reserve indicator opposite. Unlike their other watches, the dial is mostly covered up, but there are two cutouts near the 6 o’clock position which reveal the bellows that push the liquid around the dial. 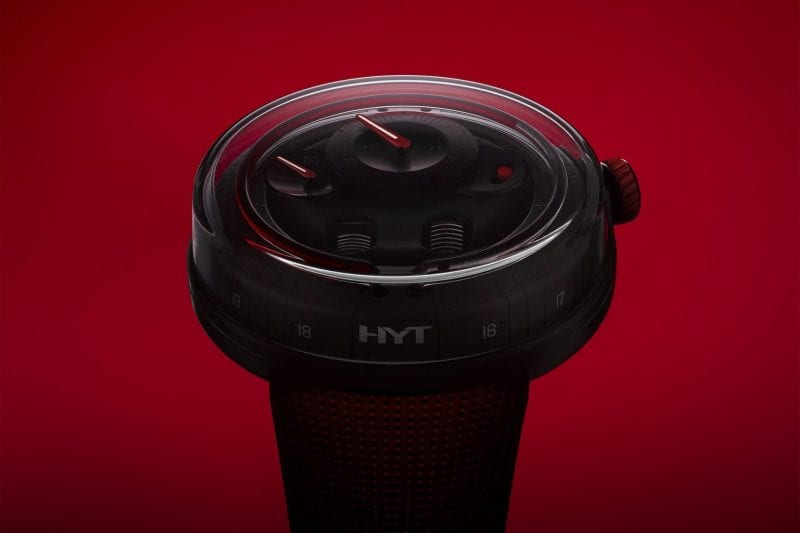 There are two variations of this watch being introduced, they both feature the red motif, but where one is the normal colour of the steel used in the case, the other is a black anthracite DLC treated watch. Both watches come on a red rubber strap. To incorporate all those lovely eccentric gubbins, the watch has to be big, very big, monstrous even at 48.8mm in diameter and 18.7mm in thickness.

Water-resistance is 30 meters. The movement is made for HYT by Chronode. Retail is $39K.