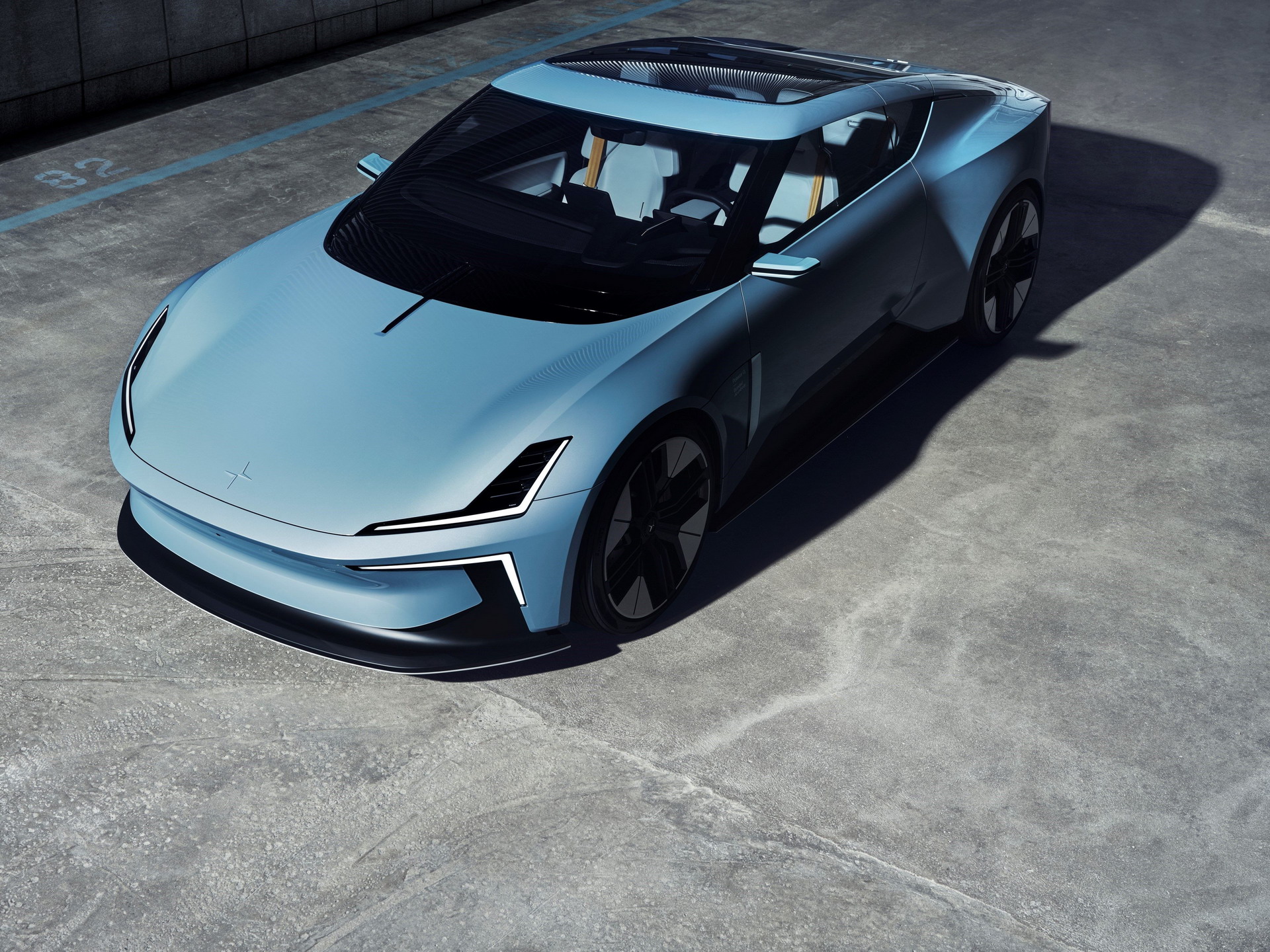 Polestar, has revealed a new concept car that redefines sports roadsters for the electric age. Named Polestar O 2, the latest machine is a sexy two-door EV with 2+2 seating and a retractable hardtop, is Polestar’s vision of open-top performance and a thrilling driving experience with all the benefits of electric mobility.

The O2 displays the same face with twin hockey-stick lighting elements on either side of its tapering hood, but this time there’s an aggressive front splitter slung below the hood’s leading edge. Massive wheels with an intricate, star-like design up front highlight an unusually short hood for either a roadster or a grand tourer, a unique product of the car’s all-electric architecture. When it’s up, the hardtop is particularly aggressively-raked.

Aerodynamics are manipulated to maximize range thanks to disguised design features like integrated ducts that improve laminar air flow over the wheels and body sides, and the rear lights that function as air blades to reduce turbulence behind the car.

Now let’s turn to the drone. Polestar’s engineers have developed the drone slides out on a platform along the straight-line opening on the rear, an area that creates negative pressure for the drone to take off. Once in flight, the drone would then operate autonomously, following the car at speeds up to 56 mph. Using the main cabin touchscreen, the driver can choose between an “atmospheric” sequence or an “action” sequence with “a sportier expression,”.

After filming, the drone would then return to the car, where video clips can be edited and shared directly from the 15-inch center display once the car is parked.

Inside, you get a 15-inch portrait touchscreen on the console, plus a second small digital instrument cluster above the steering column. The look is very minimalist, but luxurious.  Besides a rotary knob on the center console, there are no other buttons to control the infotainment or cabin temperature. The shifter is located on the right of the steering column, while a smaller screen sits atop the dashboard in front of the driver, serving as the instrument cluster.

As for how fast the car itself can travel, Polestar isn’t saying. The company hasn’t revealed details about the powertrain. Discover Opulent Club on Apple News.