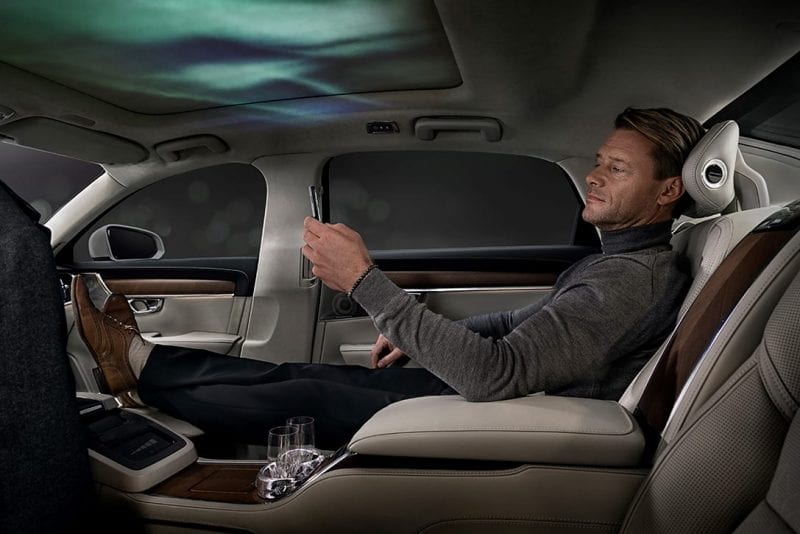 Volvo’s S90 executive sedan refocuses the driving experience with immersive technology technology which they have pared into their S90 Ambience Concept. Debuted at the Beijing Auto Show, this luxury car is all about its cabin features. 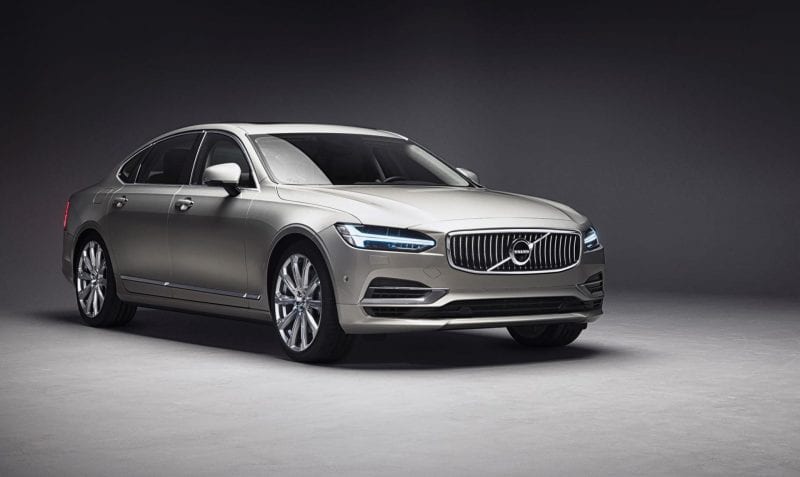 Passengers can set an atmosphere in the car by using a smartphone app to choose between seven visual themes, complete with smell and synchronized audio is complemented by the sound coming out of the Bowers and Wilkins sound system as each theme selected via a dedicated smartphone app modifies the aural experience. The smartphone-controlled preset themes which include Northern Lights, Scandinavian Forest, Swan Lake, Archipelago, Rain, Nocturnal, and Freedom – are aided by visual projections on the ceiling of the car and, believe it or not, custom scents that are expelled by the center console.

While the S90 Ambience is only a concept for the time being, Volvo says it plans to offer this feature on the road-going sedan, with a focus on the Chinese market. Not only is China the world’s largest auto market, it’s also Volvo’s biggest market overall and the largest for the S90 sedan.