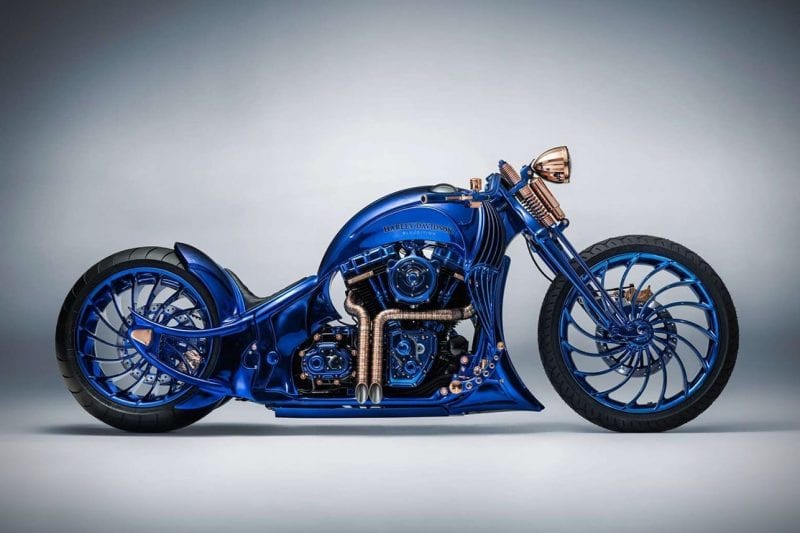 Harley-Davidson teams up with Swiss watch and jewellery company Bucherer to deliver a diamond encrusted bike worth nearly $2,000,000. Carl F. Bucherer, for the record, is a Swiss watchmaking brand responsible for making some of the most finely crafted timepiece in the world. So, when Harley called them up to work on a custom bike, they pulled out all the stops. 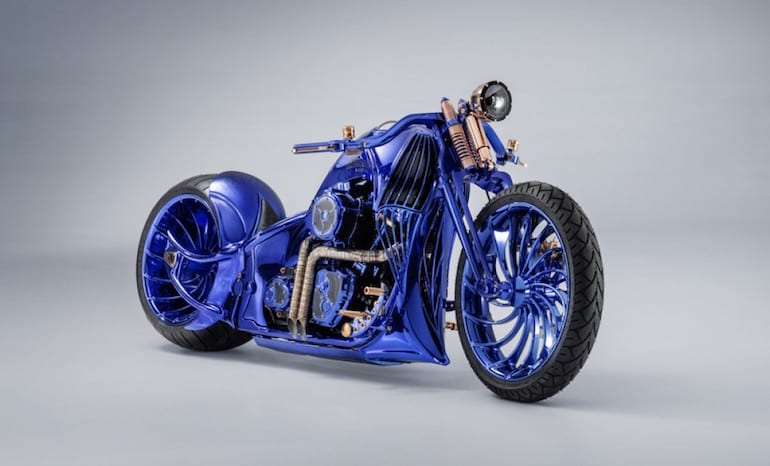 The Harley Blue Edition began its life as a Softail Slim S, before the cruiser was transformed through over 2,500 hours of labor. The project took a year to design and produce and was a collaborative effort between eight members made up of the watchmakers of Carl F. Bucherer, and the motorcycle specialists of Bundnerbike.

Upgrades include the addition of 350 diamonds, gold-plated screws, dual integrated kinetic-winding safes with a one-of-a-kind watch and finely crafted rings inside, an iridescent blue engine, and so much more. All told, this opulent bike is selling for $1,882,090. According to the Bucherer press release, “Every metal element found on this one-of-a-kind motorcycle has been produced, welded, beaten, ground, and polished by hand”. A new stance was desired so a one-off hardtail frame was created, as were a set of extra wide wheels.