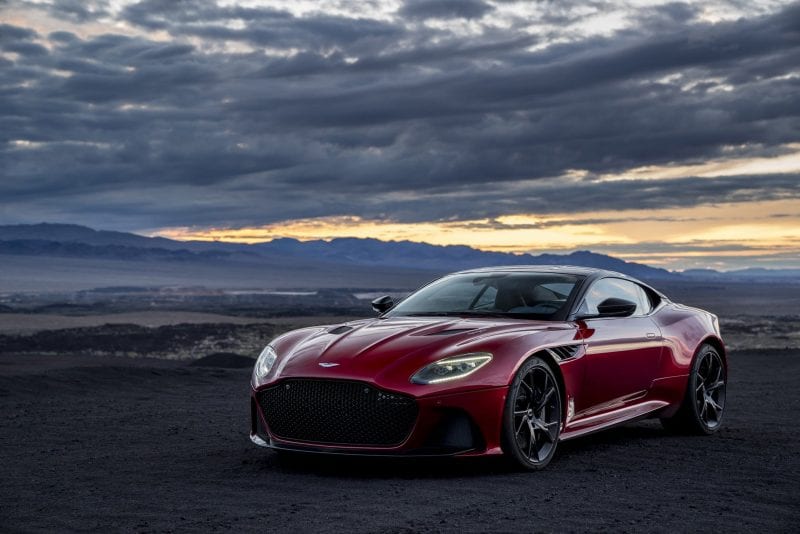 Aston Martin has introduced the DBS Superleggera. It marks the return of one of the luxury automaker’s most charismatic and highest performing models, William Towns-designed fastback GT. The coupe will soon replace the Vanquish at the top of the firm’s hierarchy. DBS is a familiar Aston Martin name that dates back to the 1960s, but Superleggera is an iconic nameplate that first appeared on in 1967 once again adorns the hood of an Aston Martin paying homage to the historic super lightweight construction technology of the famous Italian coachbuilder.

Aston Martin has refrained from revealing just how light the DBS Superleggera is compared to the mechanically similar DB11 which weighs about 3,900 pounds. What the automaker will say is that the new DBS Superleggera features immaculately sculpted carbon fibre body panels. It is a remarkable looking car, and with 715 horsepower and a 211 miles-per-hour top speed, it’s looking to have the performance to match. But as with all things Aston Martin, those things are never enough. With 725PS, 900Nm of torque, a top speed of 211mph and blistering acceleration that dispatches 0-62mph in just 3.4 seconds and 0-100mph in 6.4 seconds. All that power goes to a rear-mounted ZF eight-speed automatic transmission that feeds both rear wheels via a mechanical limited-slip differential.

Detailed tuning of the V12 together with a new exhaust strategy with active valves and quad tail pipes ensures DBS Superleggera has a commanding and powerful sound character, particularly in the more aggressive dynamic modes, while retaining a level of refinement and civility that compliments its role as the consummate Super GT. With its ornately upholstered leather seats and high-end stereo, it will be most at home driving on long, traffic-free country roads. It will even have back seats.

Starting price is $304,995 here in the US, a $60,000 premium over the quickest DB11. All that power goes to a rear-mounted ZF eight-speed automatic transmission that feeds both rear wheels via a mechanical limited-slip differential.