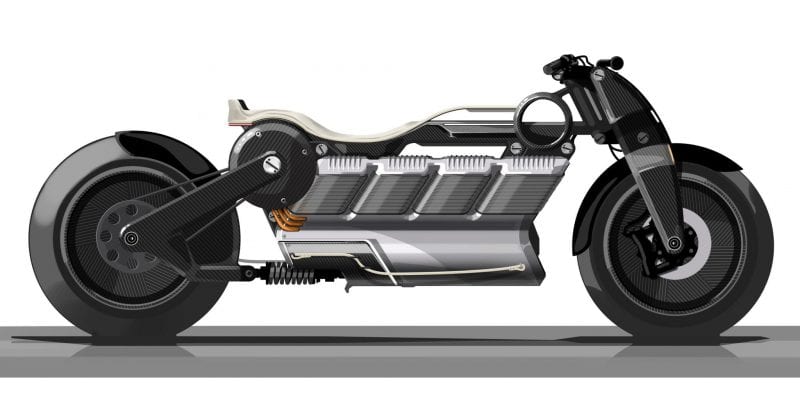 American motorcycle company Curtiss Motorcycles has revealed their second electric motorcycle concept after the Zeus, aptly named Hera is the company’s upcoming all-electric flagship that boasts the “world’s first V8 battery.” The design is based on the V8 motorcycle that Glenn Curtiss used to reach 136.3 mph in January 1907 to set the land speed record and win the title of “Fastest Man on Earth.” The Hera’s batteries are arranged in two banks of four, made to resemble a petrol V8. With 127 kW motor performance and a 14.4 kWh battery capacity, the Zeus will be one of the most powerful electric bikes on the planet when it hits the market in 2020. With the announcement of Hera, Curtiss continues to ratchet up the heat in the growing electric motorcycle space. The news comes on the heels of Harley-Davidson’s recent signaling of their own upcoming electric model LiveWire.