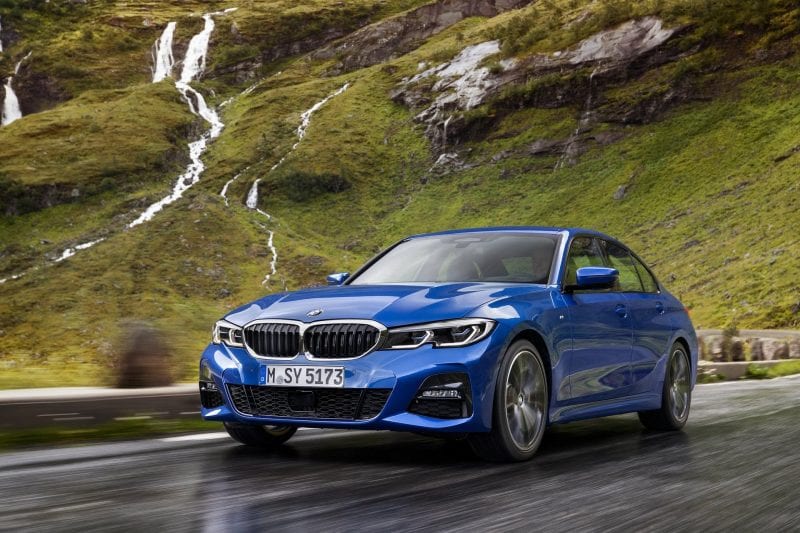 This is the new BMW 3 Series the seventh generation of the entry-level luxury car revealed at the Paris Motor Show. It’s bigger, lighter, and more technology than its predecessor. Over six generations, the 3 Series has become the darling of car enthusiasts and a mainstay of luxury-car buyers.

The latest BMW 3-series has a personality of its own and can actually talk to you. The car is the first to have an electronic ‘intelligent personal assistant’ that will not only answer you when you speak to it, but responds to the name you give it. The digital assistant responds initially to the prompt ‘Hey BMW’. After that the driver can ask questions or give commands such as ‘take me home’, which triggers the sat nav to find a route back to their house, or commands like “find the nearest gas station.”

BMW called it the start of a ‘new era’ and said its assistant, which is compatible with other digital voice assistants such as Amazon Alexa, is ‘the ideal co-driver’.

The updated iDrive infotainment system works through a standard 8.8-inch touchscreen and 5.7-inch digital instrument cluster in base models. The optional Live Cockpit Professional version enlarges the displays to 12.3 inches and 10.25 inches, respectively.

The first 2019 3 Series variant to hit showrooms will be the 330i. The former packs TwinPower Turbo 2.0-liter four-pots producing 255 HP, 295 lb-ft of torque. BMW will then launch the M340i in both rear-wheel drive and xDrive guises, with a turbocharged inline-six producing 382 hp and 369 lb-ft. The 330e plug-in hybrid will return as well. The 3 Series has been a manual-transmission holdout, but the only gearbox mentioned by BMW for the 2019 model is an eight-speed automatic.