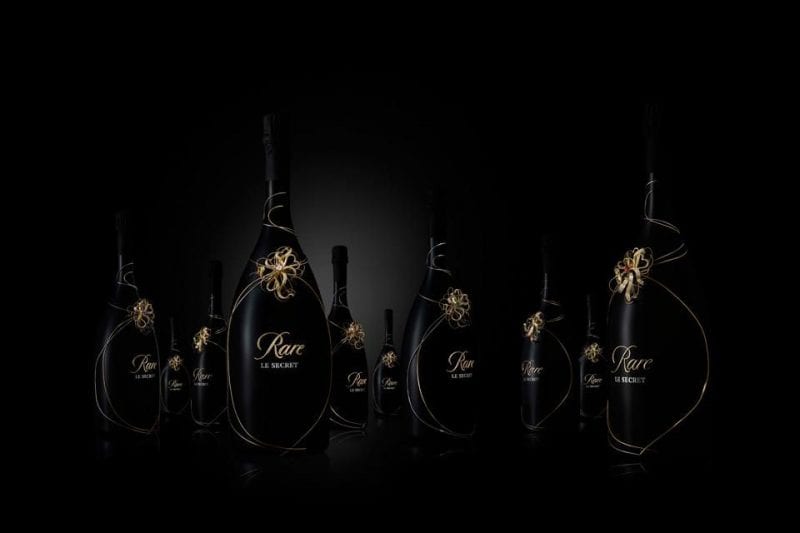 Interwoven white and yellow gold ribbons set with 510 diamonds flow from the one-carat jewel centerpiece, each of which was selected to signify an aspect of the Champagne itself. The beautiful gold and platinum threads that run down each bottle represent the blend of Chardonnay minerality and Pinot Noir intensity, while the 24 carat, solid gold muselet is the very first of its kind from Champagne. The presentation box is reminiscent of that originally used to present Mellerio jewels to Marie Antoinette.

Produced only in the best years from primarily Chardonnay with Pinot Noir, it is known for richness, elegance, and complexity, its crème brulée and exotic spice tones coming from lees aging rather than oak. Rare Le Secret has no dosage, leaving it with a distinctive identity, boosted by a second fermentation of over twenty years. Régis Camus, Rare Champagne Cellar Master, blended Rare Le Secret in keeping with the emblematic Rare Champagne style and added a touch of boldness.