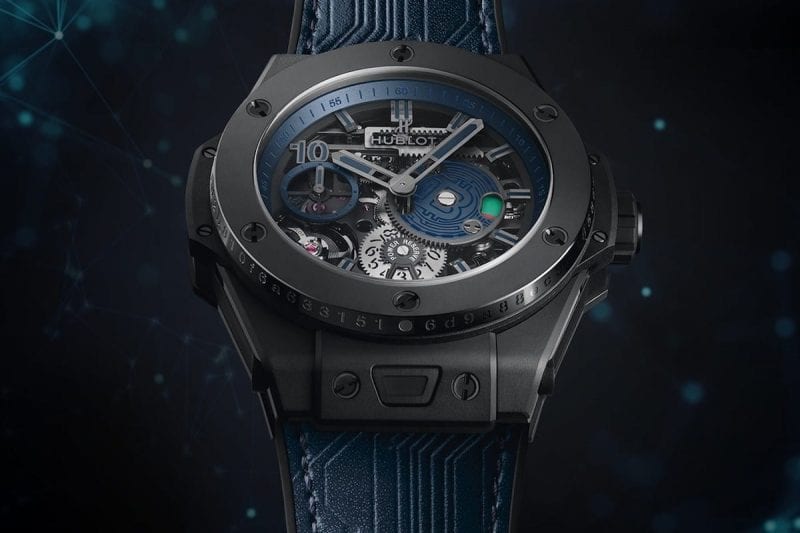 Hublot, a Swiss watch maker, has partners with OS Limited (OSL) to release a limited edition of timepiece to commemorate the coming Bitcoin’s 10th anniversary. The Big Bang Meca-10 P2P limited edition timepiece, available for purchase exclusively online with Bitcoins at a price tag of $25,000 and also featuring the transaction number engraved on the edge of the bezel, rendering each piece unique.

The company will release only 210 of the new watch, which represents the 21-million number of Bitcoin to ever exist. Design-wise, the Big Bang Meca-10 Bitcoin edition is embossed with a cutting-edge blockchain design, which according to the company, it represents “the interconnection network of computers on which virtual money works.” The watch has a 45 mm case made from microblasted black ceramic, a high-tech material of zirconium dioxide pressed at a very high temperature.

It houses a HUB1201 manufacture calibre, a skeleton movement offering an exceptional 10-day power reserve. Each of the 210 pieces is unique: Manufactured for its wearer bearing the identification number of the transaction made via Bitcoin. Another reference to cryptocurrency can be found in the Blockchain inspired design – the interconnection network of computers on which virtual money works – on the blue calfskin leather strap which is lined with black rubber.