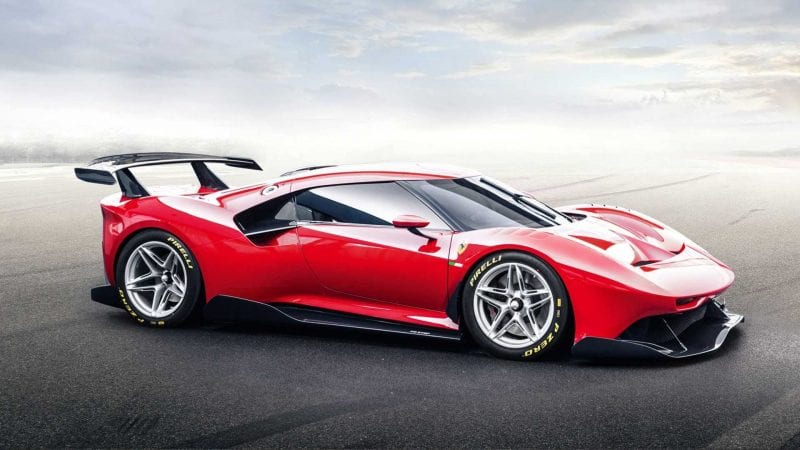 Ferrari has unveiled a new one-off sports prototype built around the Italian manufacturer’s current GT3 racing chassis. The Ferrari P80/C prototype which is inspired by iconic models from Ferrari’s history: the 330 P3/P4 on the one hand and the 1966 Dino 206 S on the other.

In development since 2015, the P80/C is the most complex Special Projects car Ferrari has developed to date, with the designers and engineers work together to create a completely different body that’s both aesthetically pleasing and functional around a circuit. Aerodynamic profile of the car is inspired by the T-wing adopted in Formula 1 in 2017 and is designed to reduce the length of the flow over the rear.The front has a catamaran-style formal geometry. You won’t find any classic head light on the P80/C. They have been reduced to mere slits set into niches at the front of the car. The rear spoiler incorporates the two signature tail lights in a way that makes them look like air vents.

The body is entirely crafted from carbon fiber, with areas that aid aerodynamics left bare and the rest painted a red called Rosso Vero. And the fact that the P80/C has been developed exclusively for track use, it means the designers were free to design the car without road rules in mind. It also features a carbon fiber wing and 18″ single-nut wheels with options, as well as slitted headlights and a modified rear splitter which reportedly offers 5% more aero efficiency. Aerodynamic profile of the car is inspired by the T-wing adopted in Formula 1 in 2017 and is designed to reduce the length of the flow over the rear. The front has a catamaran-style formal geometry.

At the request of the well-heeled Ferrari fan that commissioned the car, there are two packages designed for it: a racing set-up, which includes quite a showy carbon-fibre wing and 18” single-nut wheels, and an exhibition package complete with 21” wheels but devoid of aerodynamic appendages, to highlight the purity of its forms.

The interior is close to what you’ll find in the 488 GT3. The seat upholstery and door panels are made from carbon-fibre shells and thus don’t influence the car’s weight. Price details have not been released, however Ferrari has stated that the P80/C client is “a great connoisseur of the Ferrari world” and “comes from a long line of Prancing Horse enthusiasts”. Discover Opulent Club on Apple News. 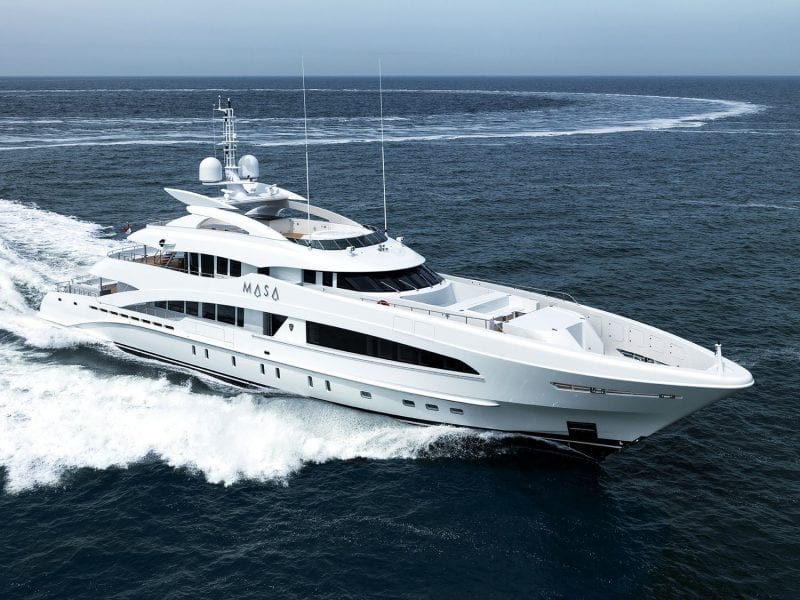