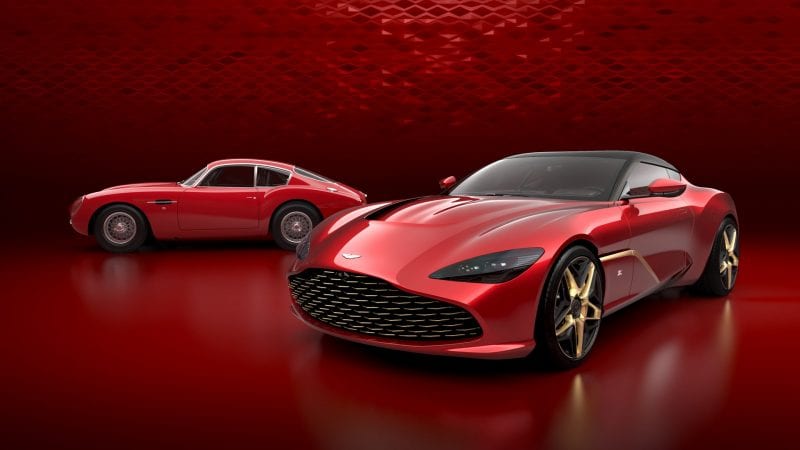 Based on the DBS Superleggera, the company’s latest limited-edition supercar showcases the latest evolution in the Aston Martin Zagato design language. These new renderings are an upgrade over what the company released in March.

At the front is a unique “dynamic” grille featuring 108-individual diamond-shaped carbon fiber pieces all neatly aligned to sit flush with the exterior profile. However, says Aston, “upon start-up [the] DBS GT Zagato will appear to flutter into life, as each piece opens to allow the car’s twin-turbo V12 to breathe”.

Marek Reichman, Chief Creative Officer, Aston Martin Lagonda said, “This is a car that is not only focused around beauty, but drama too. Our dynamic grille gives us an opportunity to provide the car with two very different identities. When parked, DBS GT Zagato will almost look like it’s resting, but with the rear of the car still appearing muscular and primed for action. Only on start-up will the car truly become alert and ready to perform, delivering both an aural and visual treat for onlookers”.

Production of the new Aston Martin DBS GT Zagato and DB4 GT Zagato Continuation will start in 2020 just 19 examples worldwide at a cost of about $7.5 million for the pair, with the first deliveries scheduled for the fourth quarter of the same year. Discover Opulent Club on Apple News.