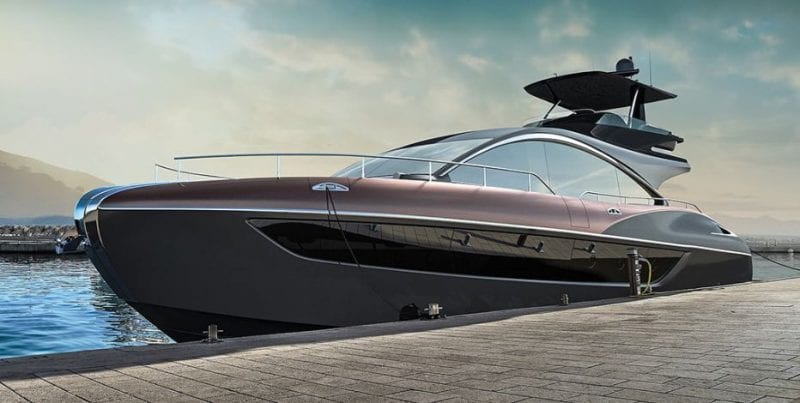 Lexus is venturing out of the world of cars and is about to launch a luxury yacht named the LY 650. The LY 650 is expected to be completed later this year, according to a tweet from the company.

Teased in a press release and a short video, the yacht will be built, sold, and serviced by Marquis Yachts. Lexus says the LY 650 will pick up from where its 2017 Sport Yacht Concept left off. With a 5-metre beam, the newest Lexus yacht will boast a distinguished style reflected in the strong, pronounced bow, curved deck accents and accentuated aft hips.

According to the specifications from Lexus, the yacht will feature three staterooms and three restrooms and can accommodate six overnight guests. For lengthy journeys, the LY 650 will have a fresh water capacity of 225 gallons and a 1,000-gallon fuel tank. The vessel will be propelled by two Volvo Penta IPS, donating 1,600 horses for two.

The company has not yet said how much the yacht will cost. Discover Opulent Club on Apple News.