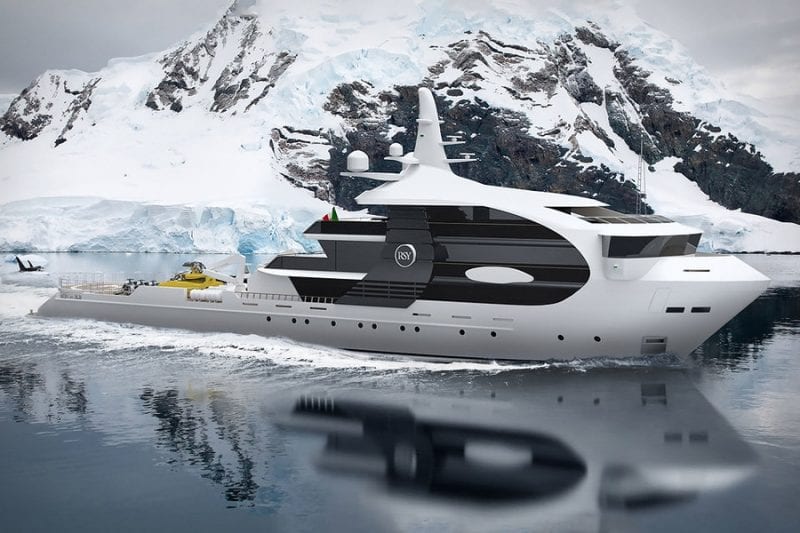 Rosetti Superyachts, an Italian shipyard, just unveiled a yacht concept influenced by killer whales, Rosetti‘s 213-foot explorer yacht Orca is made to traverse the ocean as easily as its namesake.

Developed in collaboration with Meccano Engineering, the robust cruiser features bold superstructure styling, wrap-around glazing and a radar mast which mimics a dorsal fin. A black section on the side, made up mostly of floor-to-ceiling glazing, is broken up only by the signature white side patch of the orca, the white side patch at the owner’s deck that can be illuminated in the evening.

With an ice-class body, four decks, and a generous 39-foot beam, it can accommodate a variety floor plan sees space for 12 guests in six cabins there’s an owner’s suite, a full-beam VIP suite on the main deck, four cabins below and crew quarters located portside.

The yacht is expected to take three years to build and will comes complete with gutsy twin CAT 3512 1398kW engines which offer a 5,000-mile range and a cruising speed of 11 knots. Opulent Club on Apple News.