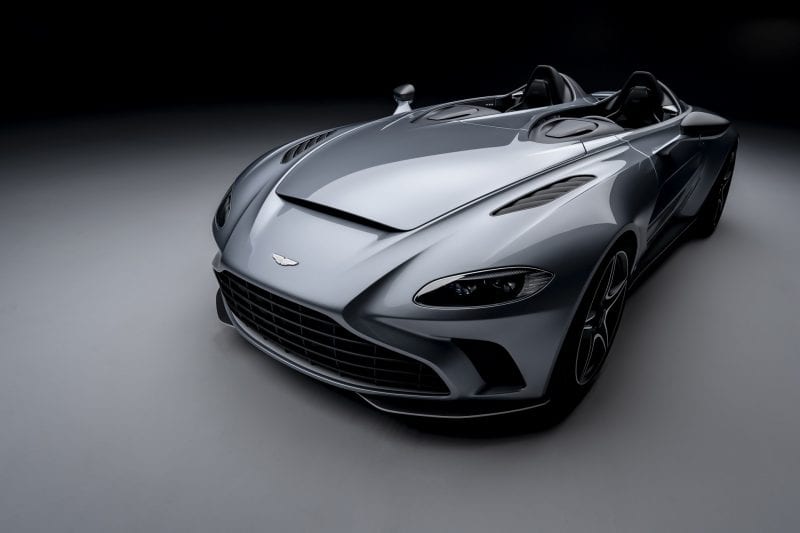 The Aston Martin V12 Speedster has made its global debut by the company’s Q bespoke division in charge of special projects, with just 88 examples of this puristic limited-edition model each priced at £765,000 ($1 million).

The new Aston Martin V12 Speedster uses elements from both the DBS Superleggera and Vantage model lines to create its own unique platform.  Over the V12 Speedster’s unique chassis is a bespoke body constructed almost entirely from carbon fibre. The V12 Speedster maximizes the open-top thrills by not having a roof at all, following the Bentley Mulliner Bacalar. It actually goes further than that as it also lacks a windshield, much like the McLaren Elva.

“For raw, driving thrills the V12 Speedster is unparalleled, the fully open element of the car adding a new dimension to the experience,” said Matt Becker, Aston Martin Chief Engineer. “It engages on every level, delivering a precise, involving driving experience, with agility and poise backed by abundant power from Aston Martin’s twin-turbo 5.2-litre V12. Driving doesn’t get any purer than this.”