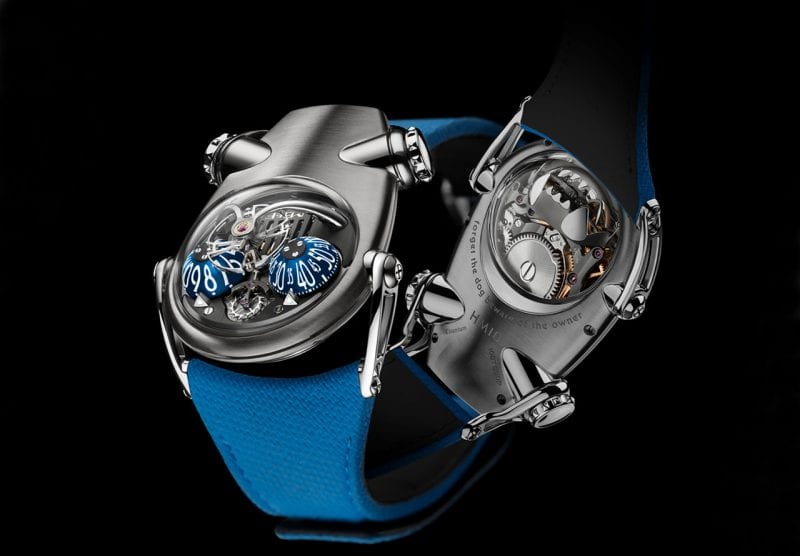 An entirely new MB&F is always an exciting thing. As its name suggests, the latest creation from MB&F, the Horological Machine No.10 Bulldog or simply HM10 Bulldog, is inspired to the famous dog. The Bulldog combines several elements found in other watches from MB&F.

Measuring 54mm by 45mm and a height of 24mm makes it an impressive beast, yet one that sits on the wrist with comfort thanks to its movable lugs. The case is entirely asymmetrical and designed to be seen by its wearer only. This means that the display is positioned right in front, protected by 2 highly domed sapphire crystal. They are crowned by a large balance wheel, that gives this creation even more of a three-dimensional impact. The lower sapphire crystal offers quite a different sight. Here we see the jaws of the Bulldog that double as a power reserve indicator. When the jaws are fully open, the watch still has a power reserve of 45 hours, and when they are closed, the watch needs winding.

Inside the HM10 Bulldog beats a brave heart beating at 2.5Hz. This hand-wound movement is comprised of 301 components including the bespoke flying 14 mm balance wheel with four traditional regulating screws floating above the domed dials.