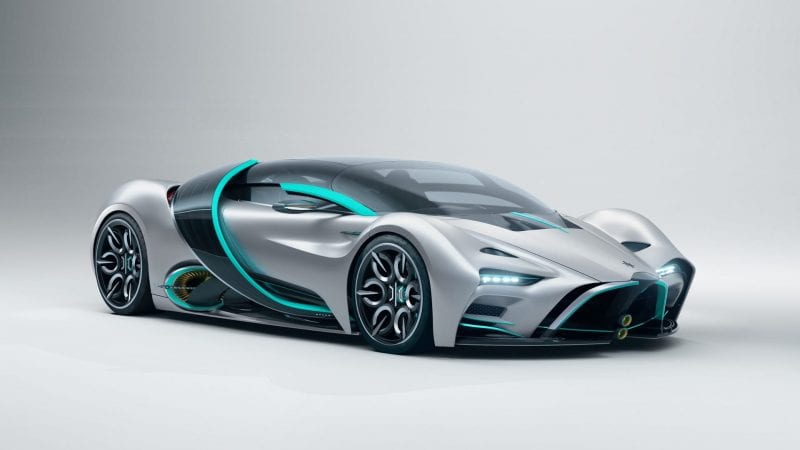 Hyperion has unveiled their new Hyperion XP-1 sounds like the name of a spaceship sci-fi movie, a forthcoming hydrogen-electric supercar that promises 1,016-mile range and the ability to haul to 60 mph in 2.2 seconds. Oh, and the recharge time is less than five minutes.

“We’re proposing what the penultimate hydrogen car should be,” said CEO Angelo Kafantaris. “This car is meant to showcase the beauty of hydrogen.”

The XP-1 has a bold design which will surely make people do a double take. The XP-1 uses a carbon-titanium monocoque chassis with titanium-reinforced composting bodywork. The vehicle stores its hydrogen in carbon fiber tanks. Hyperion was coy on technical specifications, but said the car has a proton exchange membrane fuel cell, carbon fiber hydrogen storage systems and ultra-capacitor energy storage technology. The model also features multiple electric motors, all-wheel drive and a three-speed transmission.

While we only get a few glimpses of the interior, Hyperion said the model has a 98 inch (2,489 mm) curved display and gesture control technology.  Occupants have a full view of the outside world through a wrap-around glass canopy.

Only 300 examples of the XP-1 will be made, but pricing and select power-train specs have yet to be announced. Discover Opulent Club on Apple News.