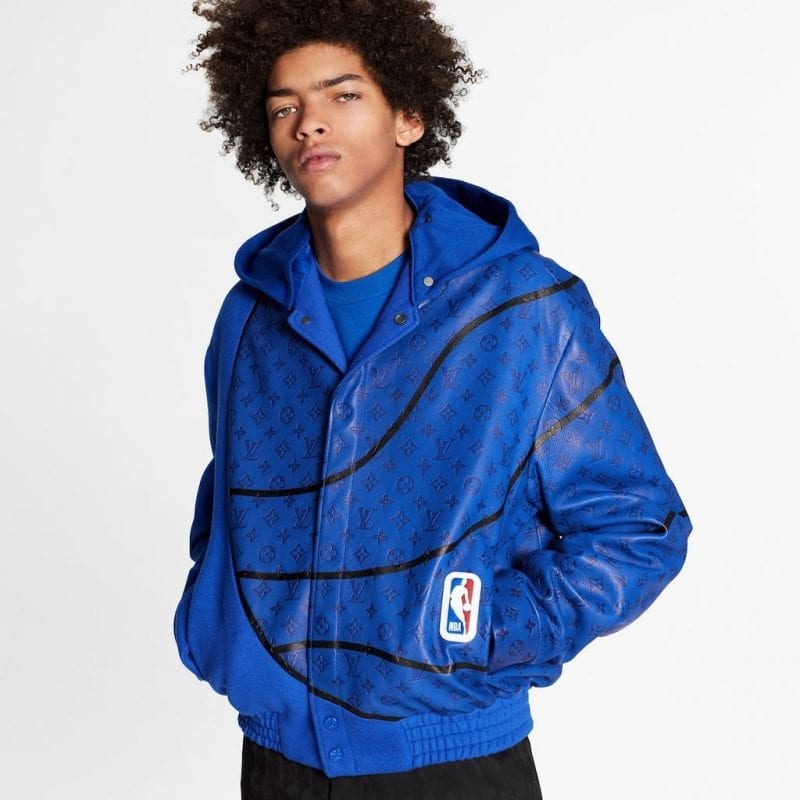 Louis Vuitton has partnered with the National Basketball Association for a capsule collection called LVxNBA under the artistic direction of Virgil Abloh.

“Fashion muses aren’t predictable. Ideas of luxury can be found in the sports world and its champions as much as in traditional forms of artistry,” Abloh stated. “This collection celebrates the cultural contribution of basketball and its diverse characters, and the idea of relatability as a force of unity today.”

The partnership, which is Vuitton’s first and only partnership with a North American sports league, began in January with the debut of the brand’s bespoke trophy case for the Larry O’Brien trophy, which was presented for the first time in October to the 2020 NBA Champion Lakers. Virgil Abloh created LVxNBA, a limited clothing and accessories line uniting the emblems of the two institutions. The collection adapts the Men’s Artistic Director’s codes with the iconography of the basketball universe and honors the values of relatability and inclusion key to his vision at Louis Vuitton.

Three definitive expressions of style for every NBA player are represented: travel, game arrivals, and press conferences. Travel is embodied in looks such as a grey cashmere tracksuit adorned with graphics informed by the lines of a basketball. Game arrivals manifest in a variety of pieces including a blue hooded leather jacket and a Keepall featuring a netted side detail evoking a basketball hoop, while press conference looks are articulated in suits and a dress shirt.

This collection is part of a multi-year partnership between the two brands.