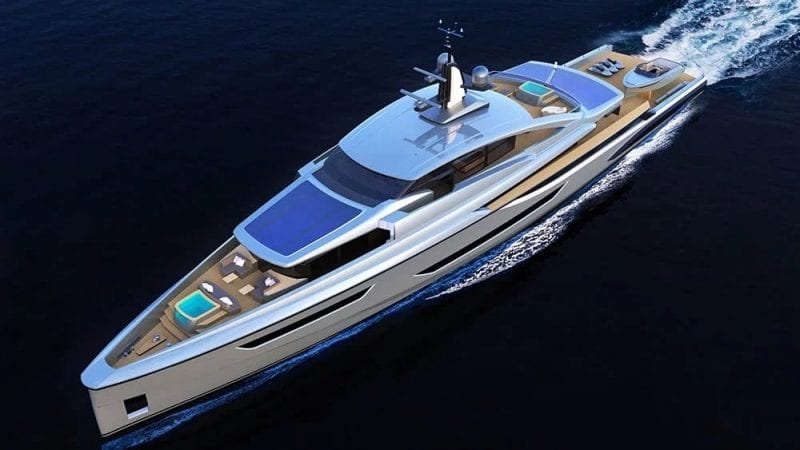 The concept has its origins in a sketch competition held by BOAT International earlier this year which asked entrants to take inspiration from the action film franchise, but the team subsequently decided to turn into a fully fledged explorer designed to tackle the high seas.

Designed for an active owner intending to use their toys and tenders every day, Mr Hunt is designed to offer as much outdoor space as possible so seafarers can enjoy the ocean views. The bow features a dedicated lounge area with the requisite jacuzzi can be directly accessed from the master stateroom.

The yacht also features a skylounge with a second Jacuzzi and bar. Elsewhere, the yacht features a sauna and library. The vessel can sleep a total of 10 guests across five cabins, including one master stateroom with direct access to the bow jacuzzi and four VIP suites.