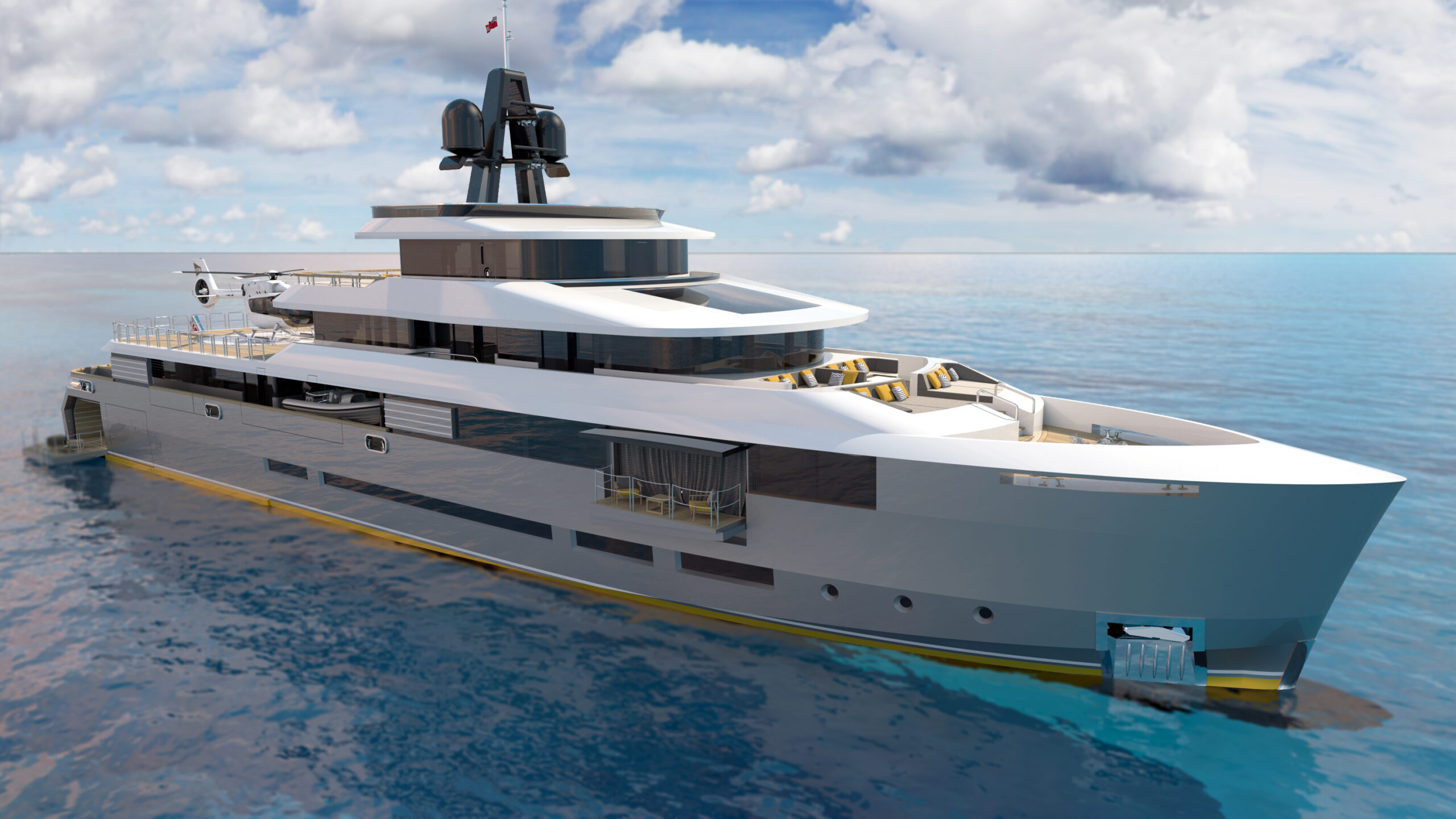 Superyacht design studio Rodriguez Design has revealed a 63 metre explorer superyacht concept equipped with ample storage for global cruising and a helipad. She can accommodate as many as 12 guests across her five staterooms, comprising two full-beam VIP suites and two double staterooms. Large outside spaces grant the yacht enough storage for guest tenders, crew RIBs and shallow water exploration vessels as well.

Named Yuma, the concept stretches over five decks and is constructed with a steel hull and aluminium superstructure. The boat is equipped with an 80sqm beach club with foldable balconies. Aft beach club can be transformed into a swimming platform. On the main deck aft a spa pool with a glass bottom illuminates the beach club below. Forwards is the main saloon, accessible via sliding glass doors which create an “open feel” to the concept’s main interior.

Cabins for guests are located on the lower deck, in the bow part of the deck there is space for the crew. There are also numerous common areas on the yacht – sunbathing area, main saloon, dining area. In different parts of the boat are two large hot tubs.

Yuma wouldn’t be an explorer without an aft deck brimming with toys. She has a fully certified helipad that is big enough to hold an Airbus ACH-130, or serve as a touch-and-go spot for a larger Airbus ACH-145. Two 10 foot cranes can be installed forward of the helipad, allowing an owner to retrieve and deploy vessels up to 14-metres in length alongside other aquatic toys such as a small submarine.

Yuma will have the range too, as she’ll be equipped with twin MTU engines that allow her to cruise at 11 knots for 4,500 nautical miles without the need to refuel.  Discover Opulent Club on Apple News.