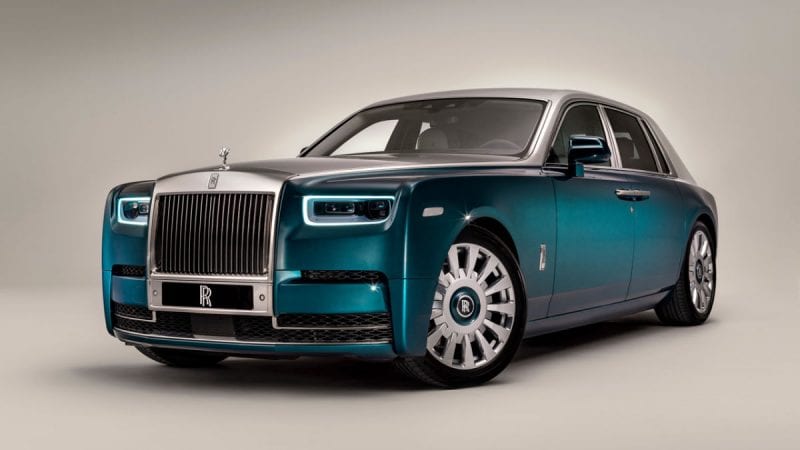 As creators of the most celebrated objects in the world, Rolls-Royce is the epitome of Bespoke. Today, Abu Dhabi Motors welcomes Rolls-Royce Phantom ‘Iridescent Opulence’. A luxury car with a built-in art gallery, which debuted as a concept in 2017 designed by Swiss-based Nature Squared, the highly bespoke car is an expression of art, design, and engineering excellence. It serves as an opulent canvas wherein customers or patrons can commission or curate art.

“The Gallery in Rolls-Royce Phantom is a unique space that provides the perfect stage to showcase artworks. ‘Iridescent Opulence’ by Nature Squared is a brilliant example of what can be commissioned and displayed in that space. I’m delighted to unveil Phantom with ‘Iridescent Opulence’ Gallery here in Abu Dhabi with our partners Abu Dhabi Motors.”
César Habib, Regional Director, Rolls-Royce Motor Cars Middle East and Africa.

A space aptly named ‘The Gallery’, is an application of glass that runs uninterrupted across the fascia of Rolls-Royce Phantom, providing an unprecedented opportunity to present artwork within your car.  The ‘Iridescent Opulence’ moniker is courtesy 3,000 iridescent feathers from a sustainable species of bird.

The pre-selected tail feathers that are hand sewn to an open fabric, laid out to mimic the natural arrangement of a bird’s wings. Its centerpiece is inlaid with a Mother of Pearl surround, which emphasizes the lustrous texture of the feathers. Discover Opulent Club on Apple News.