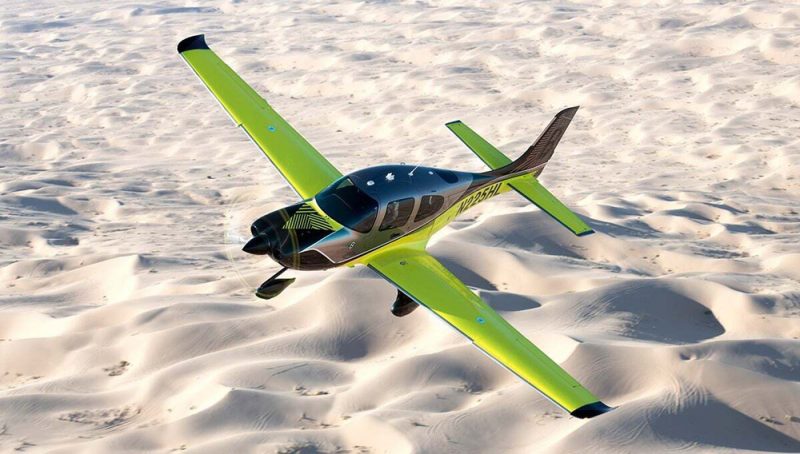 Cirrus Aircraft is celebrating the 8000th delivery of their best-selling SR series aircraft, has created and unveiled the new 8000 Limited Edition SR Series.  This new model comes in a bold and vivid Volt livery paint scheme and design by the Xi Design Studio. The color scheme continues inside where the cabin where matching two-tone stitching and embroidery on the seats and upholstery.

Known as the “company that makes the planes with the parachutes,” aka the Cirrus Airframe Parachute System®, Cirrus Aircraft has been building personal aircraft for customers since 1984 and delivered the first SR series aircraft to a customer in 1999. According to Cirrus, the limited edition aircraft will be delivered with a series of gifts and events for the owners.

“The SR Series has an incredible history of innovation, evolution and invention,” said Cirrus Aircraft CEO Zean Nielsen. “Our team took that as inspiration to create a Limited Edition that breaks out of the boundaries of traditional aircraft design to reflect the energy and excitement of where we are going next.”

Cirrus reports that the SR series fleet has logged over 11 million flight hours with aircraft operating in more than 60 countries around the world. Discover Opulent Club on Apple News.