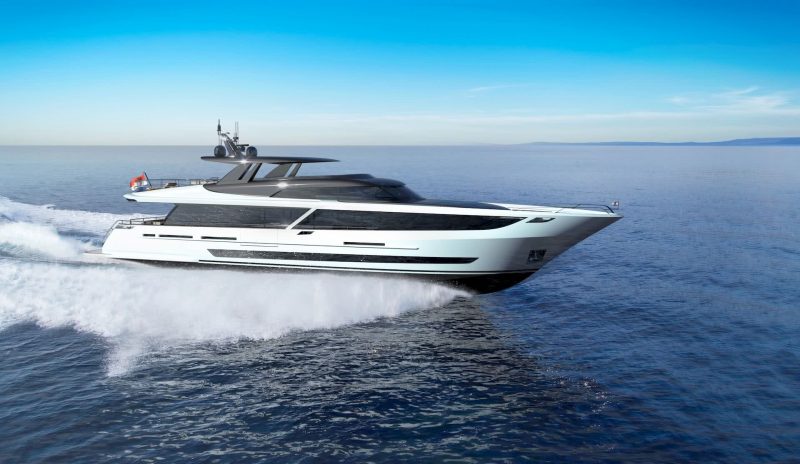 Dutch shipyard Van der Valk has just presented its latest build, Blue Jeans designed by Guido de Groot for a far east owner. The 33m full-aluminum yacht has a maximum speed of 28 knots, powered by two MTU engines with a power of 2600hp/1939kW each.

Built for entertainment in every sense, Blue Jeans is surprisingly sleek for a yacht with high ceilings in the main deck and a raised bow.  Yacht designer Guido de Groot designed both exterior and interior. The bow extends upwards so the anchors can be hidden within the forepeak and space created for a chill-out zone. A pop-up table will be receded flush into the deck and, when raised, people can sit with their legs inside the vacated space.

The lounge is large in its own right, featuring a bar, three seating zones, and a dining area that features a capstan table that is also a gaming table.  Blue Jeans is due for delivery in the summer of 2022. Discover Opulent Club on Apple News.