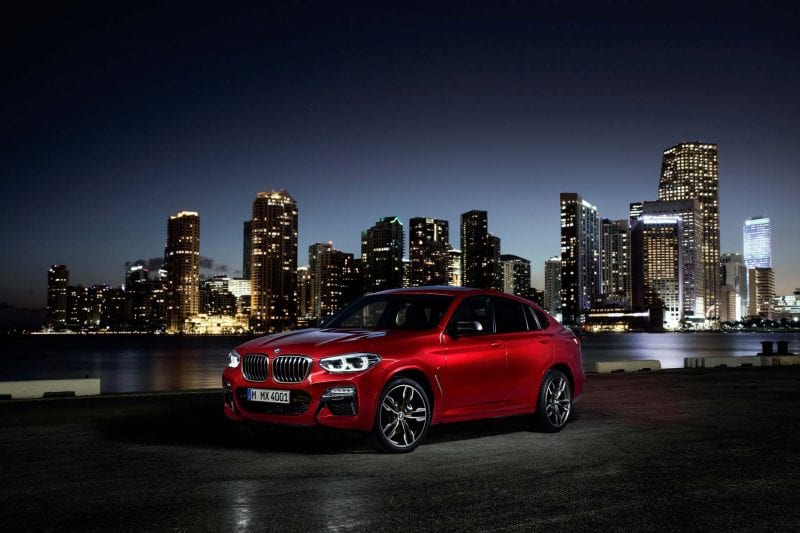 The new 2019 BMW X4 has been revealed redesigned and placed on the third-generation X3 platform as a rival to the Range Rover Evoque and is a stylish swept-back SUV-coupe.

Visually, the X4 retains its crossover-coupe shape, with chunky design elements front and rear that aren’t too dissimilar from those on the X3. BMW says the new second-generation X4 is 3 inches longer, 1.4 inches wider, and employs 2.1 inches of extra wheelbase than before. It also benefits from a nearly indiscernible 0.1-inch drop in height, and a 10-percent reduction in aerodynamic drag results in an impressive 0.30 cd.

Compared to the previous X4, the redesigned version boasts a roomier interior with 5-passenger seating capacity, and with the rear seats folded, there’s as much as 50.5 cubic feet of cargo space.

The interior of the all-new BMW X4 exudes a modern, premium feel combined with eye-catching dynamism. Instrument panel and center stack designs are reminiscent of what’s found in the X3, as is the 10.25-inch infotainment display, housing BMW’s latest version of its iDrive system. There have been steps forward in the voice-control system to allow more real-world questions, plus a gesture-control option. Connectivity options include both Android Auto and Apple CarPlay, while drivers can choose which interface to use on its Open Mobility Cloud platform. It encompasses everything from the Apple Watch to smartphones to Amazon Alexa or Google Home voice-controlled personal assistants. 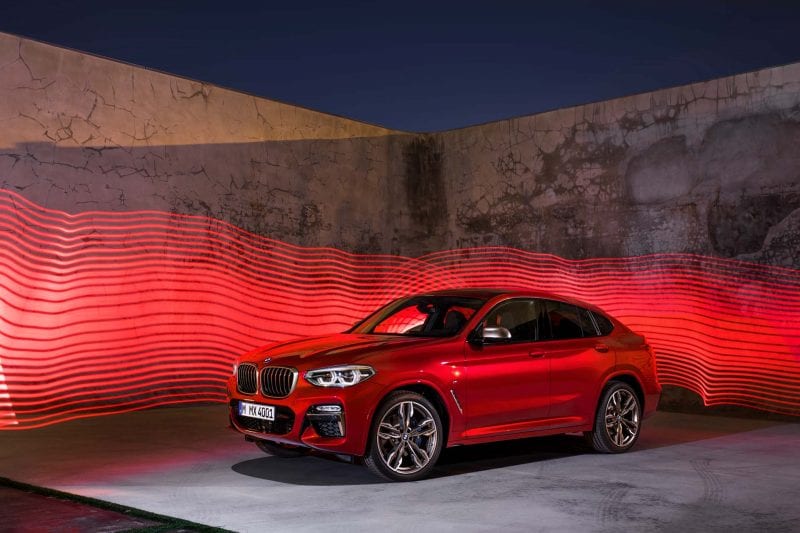 The vehicle will be offered with several different powertrain options. A 4-cylinder base model paired with the X4 xDriv30i gets 248 horsepower and goes from 0 to 60 miles per hour in 6 seconds. The performance model, known as M, comes with a 6-cylinder engine. The X4 M40i gets 355 horsepower and goes 0 to 60 mph in 4.6 seconds. It goes on sale in July of 2018, with the X4 xDrive 30i priced from $50,450. For more power, performance, and handling prowess, the X4 M40i will run an extra ten grand.