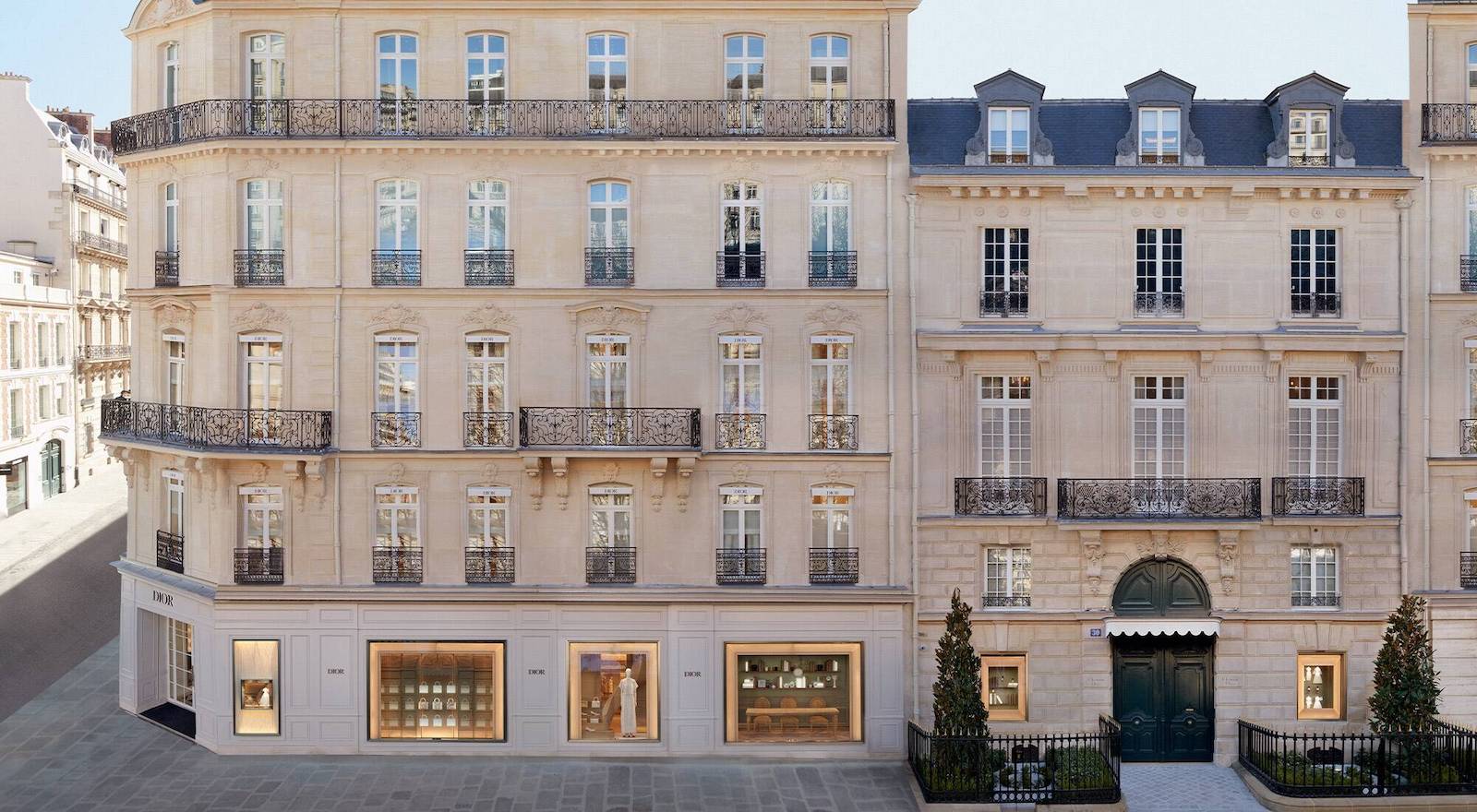 Chosen by Dior for its understated setting, modest proportions and neoclassical façade, this house carries some serious history. Christian Dior’s first show took place there on December 15, 1946. The historic home of the revolutionary Dior New Look has undergone a stunning metamorphosis and transformed into a place that is absolutely unique in the world, the embodiment of limitless possibilities.

This 10,000-square-meter building at 30 Montaigne Dior universe is not only an extraordinary store, but in addition welcomes a haute couture salon, a pastry café and the Monsieur Dior restaurant, with a menu featuring some of the founder’s favorite dishes. The architectural genius of Peter Marino has given 30 Montaigne two stunning gardens as well, one open to the exterior, the other in an enclosed glass area.

This is the first time that 30 Montaigne hosts a restaurant, affectionately named Monsieur Dior, after the master couturier who revolutionized women’s silhouettes in the 20th Century.  Contrasting with the modernity of this setting, black and white archival images feature as tender reminiscences linking past and future, luxury and essentials, refinement and bedazzlement – quintessential Dior. Discover Opulent Club on Apple News.