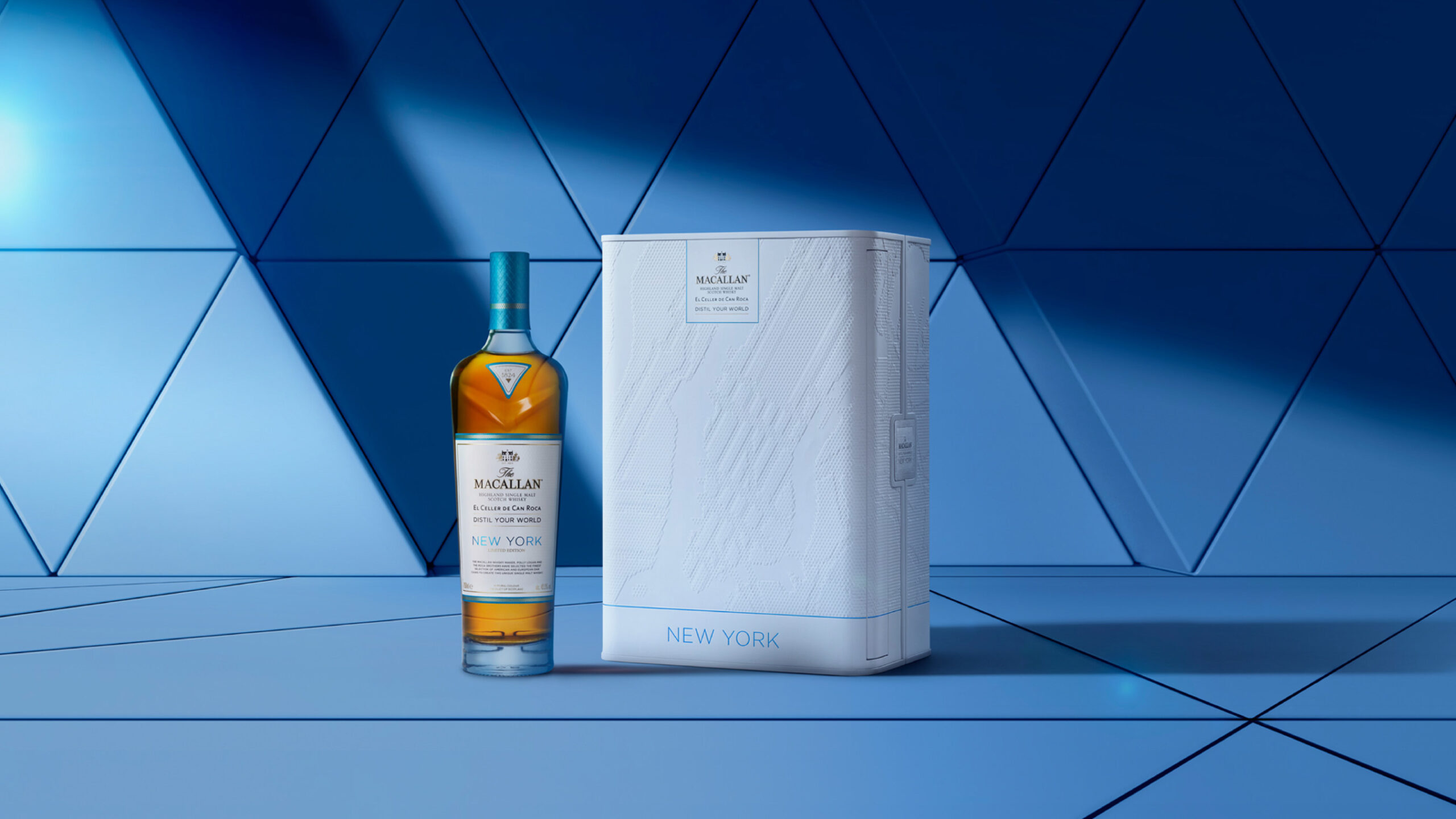 The Macallan Distil Your World New York, an exceptional limited edition single malt whisky that captures the essence of one of the most iconic cities in the world.

The Macallan has launched Distil Your World New York, an exceptional limited edition single malt whisky that captures the essence of one of the most iconic cities in the world. Crafted by The Macallan Whisky Maker Polly Logan in collaboration with the Roca brothers, owners of El Celler de Can Roca, twice named Best Restaurant in the World.

The Macallan has also released their fourth episode of the Distil Your World documentary series: Distil Your World New York. The film embarks on a journey into uncharted New York, exploring the mastery behind the city through different perspectives. Polly and Joan Roca traveled to the city to spend time with the NYC artists and the visionaries. They met globally acclaimed jazz musician Wynton Marsalis, legendary graffiti artist Lady Pink, art curator at the Guggenheim Museum Megan Fontanella, high-end fashion designer Daniel Silverstein and sneaker culture historian Dee Wells. The film premiered during a private event in New York on April 13th before being released on YouTube for viewing.

Created from the perfect combination of six European and American oak casks, the whisky reflects the distinctive artistic character of the city, its towering architecture, and the culinary eclecticism offered by its delis, diners and street food.

Distil Your World New York is housed in a striking white presentation box featuring an engraved aerial map of New York.  Bold touches of blue on the box and bottle represent the water that surrounds the city and its skyscrapers.  In addition to the limited edition whisky, the box contains a luxurious book showcasing the different inspirations behind this single malt, and the craftsmanship involved in its creation, alongside rich New York photography.

With only 1,000 bottles released, Distil Your World New York will be available at select The Macallan Boutiques around the world and in premium retail stores for an SRP of $4,200 for the 70cl bottle and $4,500 for the 75cl version. Discover Opulent Club on Apple news.