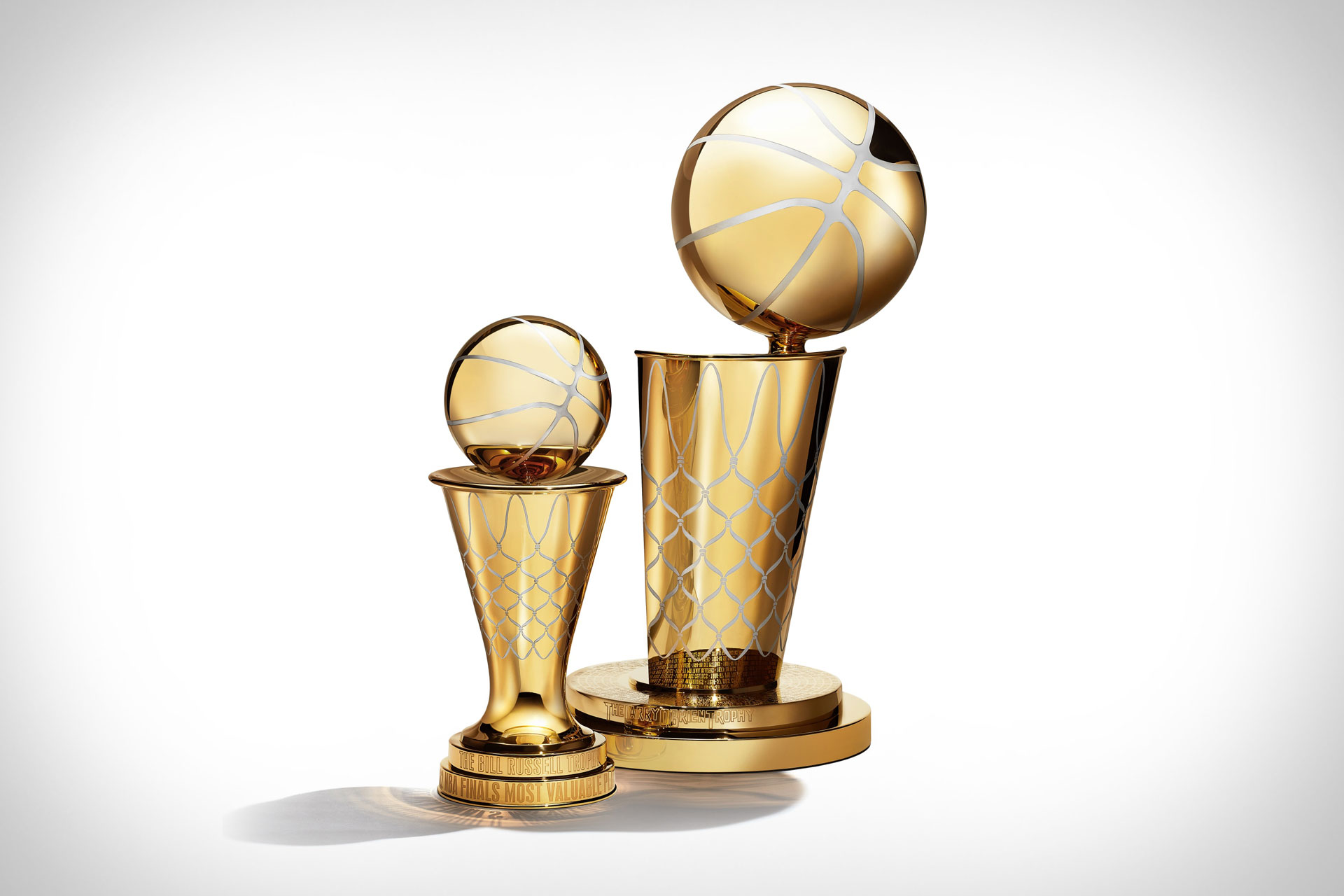 Tiffany & Co. has made the Larry O’Brien trophy for the NBA champs since 1977. The American jeweler announced that in honor of the NBA’s 75th anniversary, the O’Brien Championship Trophy has been redesigned by artist Victor Solomon. The duo also unveiled a refreshed MVP award, updated Eastern and Western Conference Championship Trophies and two new post-season trophies.

The Larry O’Brien new iteration, which stands 25.5 inches tall and weighs approximately 29 pounds, sports the same silhouette as the original but the famous ball and net have been repositioned more prominently. The net and ball have shifted forward a direct reference to the NBA’s focus on the future and now have sterling silver channels contrasting the 24k gold vermeil. And the base is now comprised of two discs, one with the first 75 NBA champions inscribed on it, the other waiting for the next 25 in anticipation of the league’s 100th anniversary.

Following this are the The NBA Finals MVP award, The Bill Russell Trophy, which honors the legend who won a record 11 NBA championships in 13 seasons. The latest version of this trophy is finished completely in gold vermeil to match the Larry O’Brien Trophy.

Finally, the The Larry Bird Trophy and The Earvin “Magic” Johnson Trophy, which represent The NBA Conference Finals MVP Trophies, will now be awarded to the Eastern and Western Conference Finals MVPs each year. These pieces will see a sterling silver ball raised up, similar to the conference championship trophies and a 24K gold vermeil net in its support structure.

“As we’ve arrived at the end of our journey to re-imagine NBA honors,” Solomon mused, “our athletes are arriving at the end of their journeys to receive it – and couldn’t be prouder of the moment: the poetry of these two parallel disciplines re-connecting at the summit.”

Tiffany & Co.’s reimagining of the NBA’s highest honors represents the evolution of the relationship between two classic American entities.