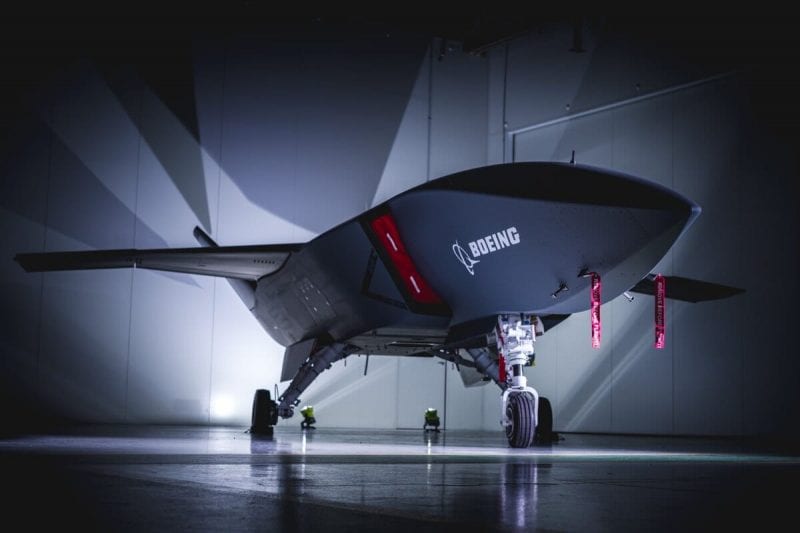 Boeing Australia has built the first Loyal Wingman drone to the Royal Australian Air Force, a historic milestone for the company and the Commonwealth. The drone are designed to fly alongside existing platforms and use artificial intelligence to conduct teaming missions.

The drone will serve as a foundation for Boeing’s Airpower Teaming System, aimed at strengthening its presence in the global defense industry and providing militaries with an affordable combat asset that uses autonomous technology and AI to enhance aerial capabilities.

“This is a truly historic moment for our country and for Australian defence innovation,” said the Hon. Scott Morrison MP, Prime Minister of Australia. “The Loyal Wingman will be pivotal to exploring the critical capabilities our Air Force needs to protect our nation and its allies into the future.”

These drones don’t fly with a pilot remotely at the controls in a traditional sense. They will be directed in more of a point-and-click desktop or screen-top style interface. With the help of AI, they can automate much of this process, leaving their human overlords to concentrate on the big tactical picture instead of on constant small navigation and tactical tasks. It has a range of 2,000 nm (2,301 mi, 3,704 km) and “fighter-like performance,” allowing it to carry out combat and reconnaissance missions.