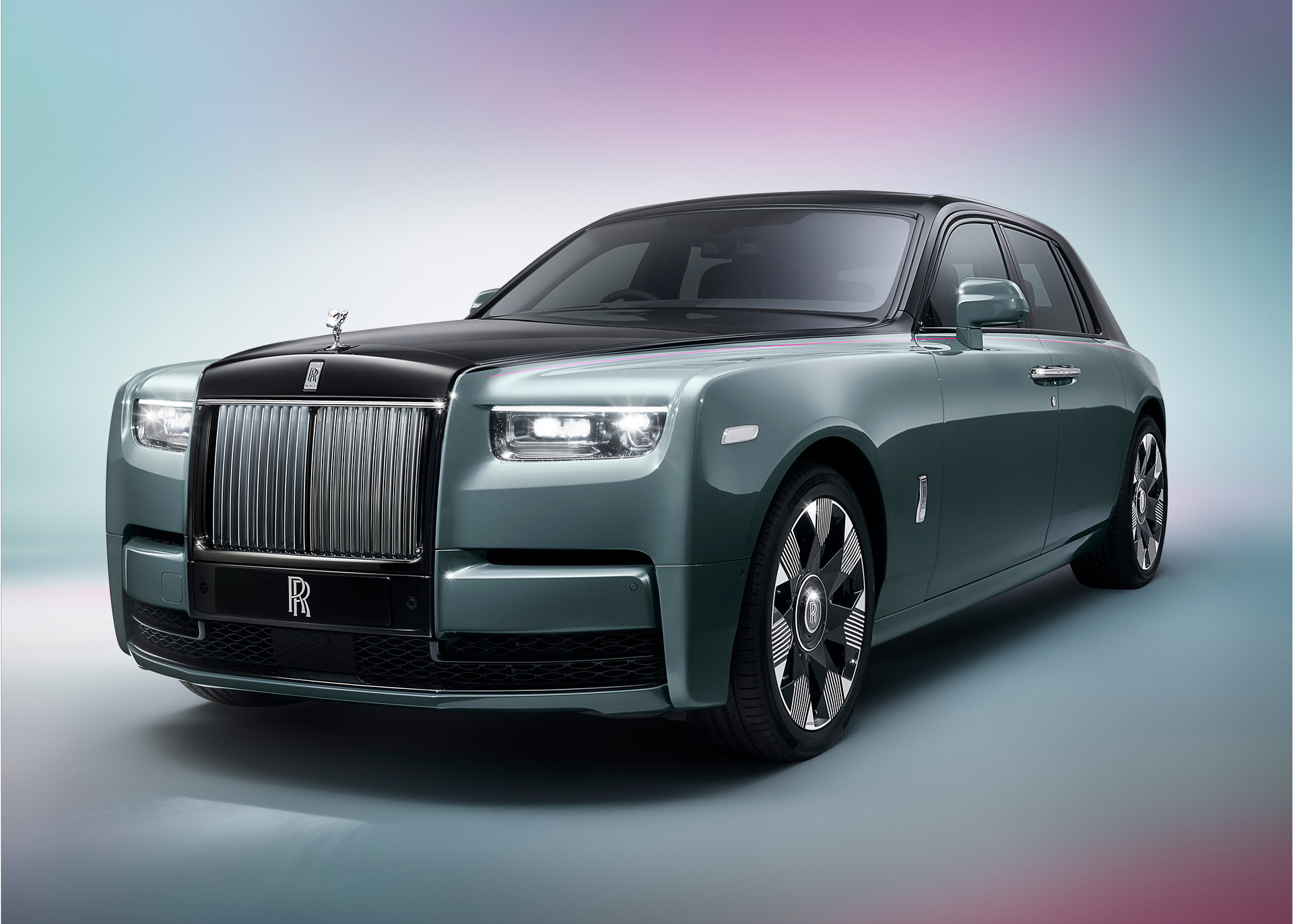 Rolls-Royce has announced a facelift for its flagship Phantom limo in its own inimitable style – the car, which was launched in 2017, is now known as the Phantom Series II as the firm reveals what it calls a “new expression” that includes ‘light-touch’ visual but prominent enhancements.

The subtle geometric change on the Pantheon grill makes the mascot of the ‘RR’ badge and the spirit of ecstasy more prominent when viewed from the front. The front grill itself is now lit. The headlights are decorated with intricate laser-cut frames, creating a visual connection with the Starlight Headliner interior, and adding extra surprise and delight to Phantom’s nightly presence.

The new expression of Phantom retains its signature side profile with short front and long rear overhang. The silhouette preserves the elegant key lines running from the Spirit of Ecstasy to the tapering rear tail. The side profile is further enhanced with a suite of new wheels. A 3D, milled, stainless steel wheel with triangular facets is available to commission in a fully or part-polished finish. Clients can alternatively grace Phantom with a truly elegant disc wheel, recalling the romance of 1920’s Rolls-Royce motor cars. In response to Phantom customers who had previously sought a tinted chrome frame masks, black “bridle” hoods, windshield frame and side frame finishes, they can now be ordered.

The new car received a suite of new wheels. A 3D, milled, stainless steel wheel with triangular facets is available in a fully or part-polished finish. Alternatively, Phantom may be ordered with an elegant disc wheel, recalling the romance of 1920’s Rolls-Royce motor cars. This disc wheel is produced in both polished stainless steel and black lacquer, perfectly encapsulating the sense of flight on land.

Inside, the new Phantom stays almost unaltered.  This is to provide a more connected and immediate point of contact for the owner-driver. A new ‘Rolls-Royce Connected’ feature seamlessly links the Phantom with the marque’s private members’ Application known as ‘Whispers’. This enables the owner to send an address directly to the car from Whispers, providing seamless navigation to an event, restaurant, dealership or even the Rolls-Royce headquarters where the car was born.

To mark the introduction of Phantom Series II and to illustrate Rolls-Royce’s Bespoke capability, the marque has created a new Bespoke masterpiece, Phantom Platino, named after the silver-white finish of platinum. The Phantom Platino continues Rolls-Royce’s exploration into fabric interiors, a story which began in 2015 with the launch of the Serenity, a truly Bespoke Phantom with a hand-painted, hand-embroidered silk interior. The tone-on-tone of Platino’s interior is achieved by combining two different fabrics; one created in an Italian mill for its durable yet luxurious appearance, the other derived from bamboo fibres, selected for its lustrous finish.

Don’t expect any mechanical updates for the Phantom Series II, which is still fitted with the same twin-turbo 6.75-liter V12 producing 563 hp (420 kW / 571 PS) and 900 Nm (664 lb-ft) of torque. Speaking of which, a fully electric Phantom is expected but it will definitely arrive after the Spectre, which in turn is set to debut in 2024.