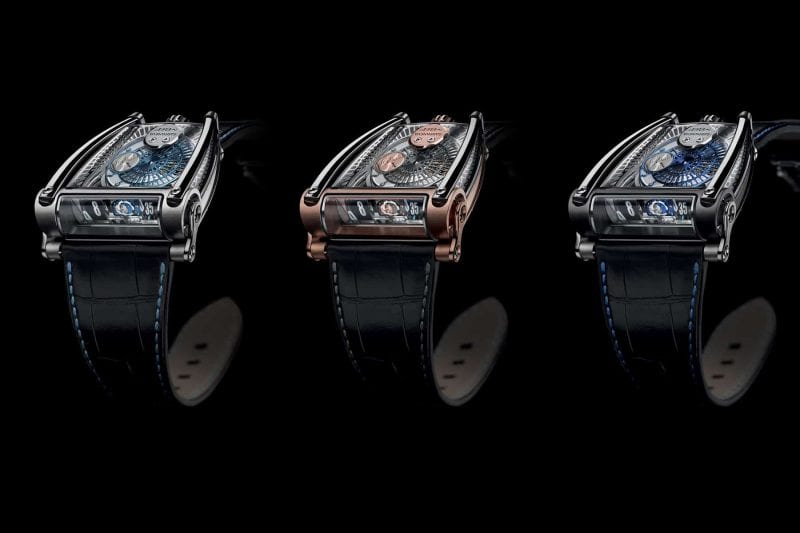 One of the foundational ideas of MB&F has always been to have “friends” involved in the creation of new pieces, this time for its latest Horlogical Machine, MB&F has once again teamed up with Stepan Sarpaneva, the independent watchmaker from Helsinki. For round two they create the MB&F MoonMachine 2, this time based on the HM8 which is basically a direct homage to 1970s models by Girard-Perregaux, Amida, Bulova or Mido, with racing vibes on one side, and an inverted movement exposed under a sapphire crystal. 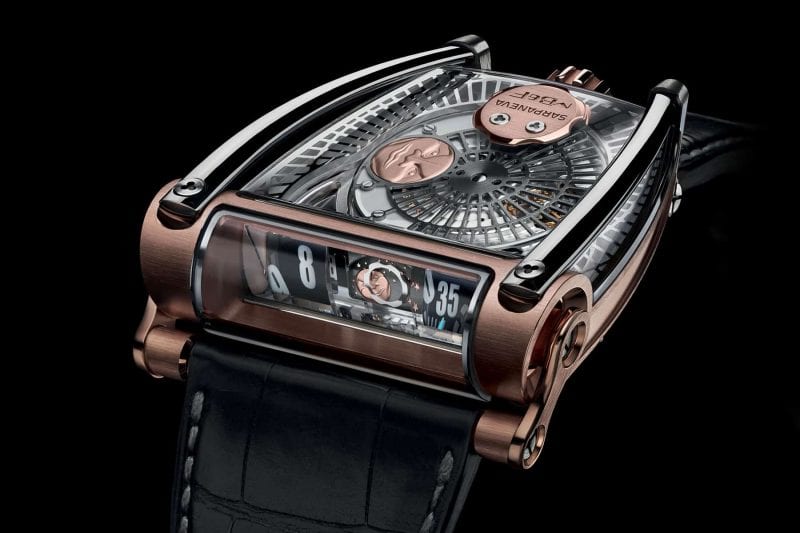 The new MB&F MoonMachine 2 is based on the same extraordinary concept, but it also features the signature moon-face complication by Sarpaneva, showing off complex shapes, various textures, several layers and levels, that will surely charm everyone who looks its way. What makes the MoonMachine 2 unique compared to Sarpaneva’s previous watches is that rather than a traditional engraved moon phase indicator, it has the world’s first projected moon phase display. This projection is made possible through an optical prism, which refracts the hours, minutes, and moon discs in their flat positions so they appear perpendicular to the engine. 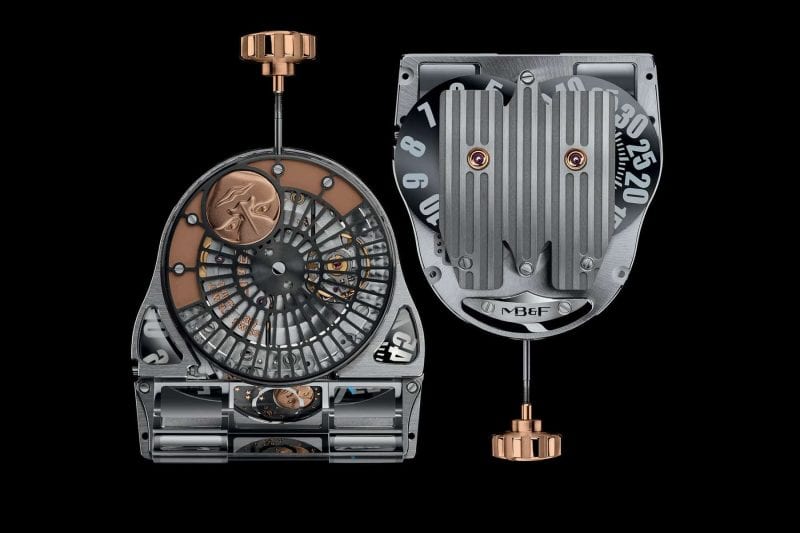 The moon-phase complication adds 0.5 mm to the thickness of the case, while the battle-ax rotor has been transformed into a stunning openworked radial web of titanium. 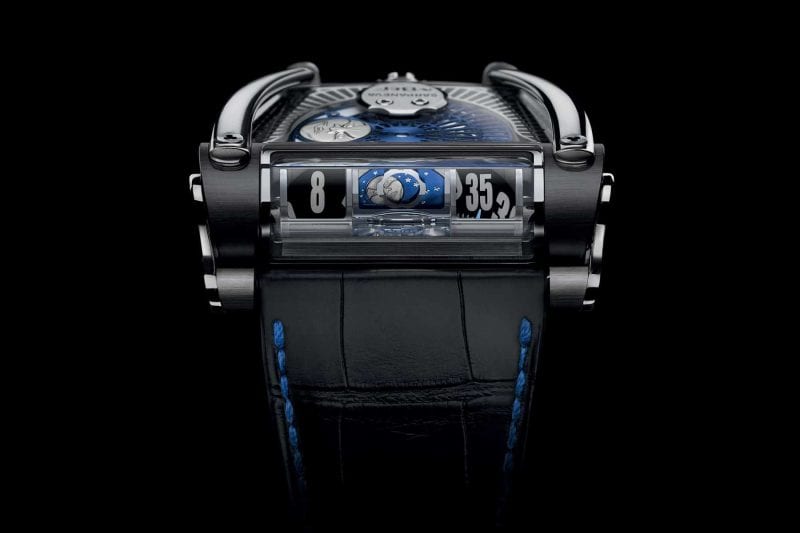 There are three gold moons in MoonMachine 2, one that is 8.5mm in diameter and 0.45mm thick, and two smaller ones that are 4.5mm in diameter and a whisper-thin 0.35mm thick. The smaller moons are so delicate at their thinnest point of 0.07mm around the eyes, that they can easily be perforated and have to be discarded. 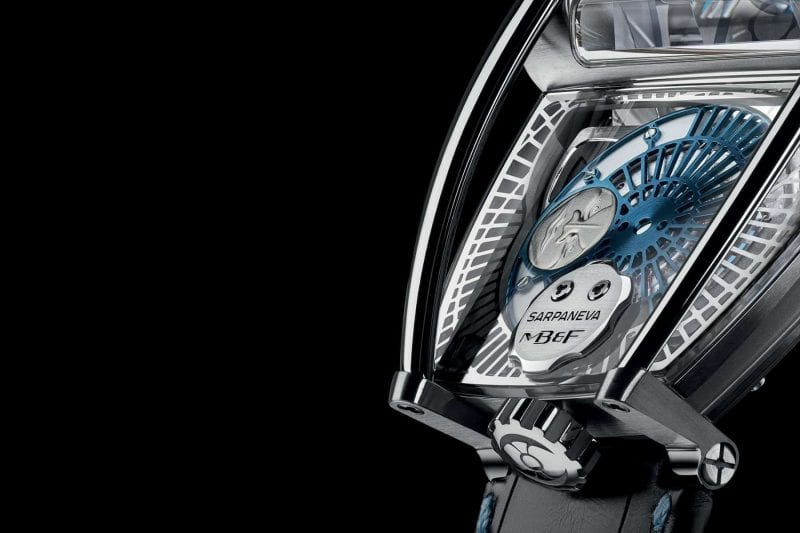