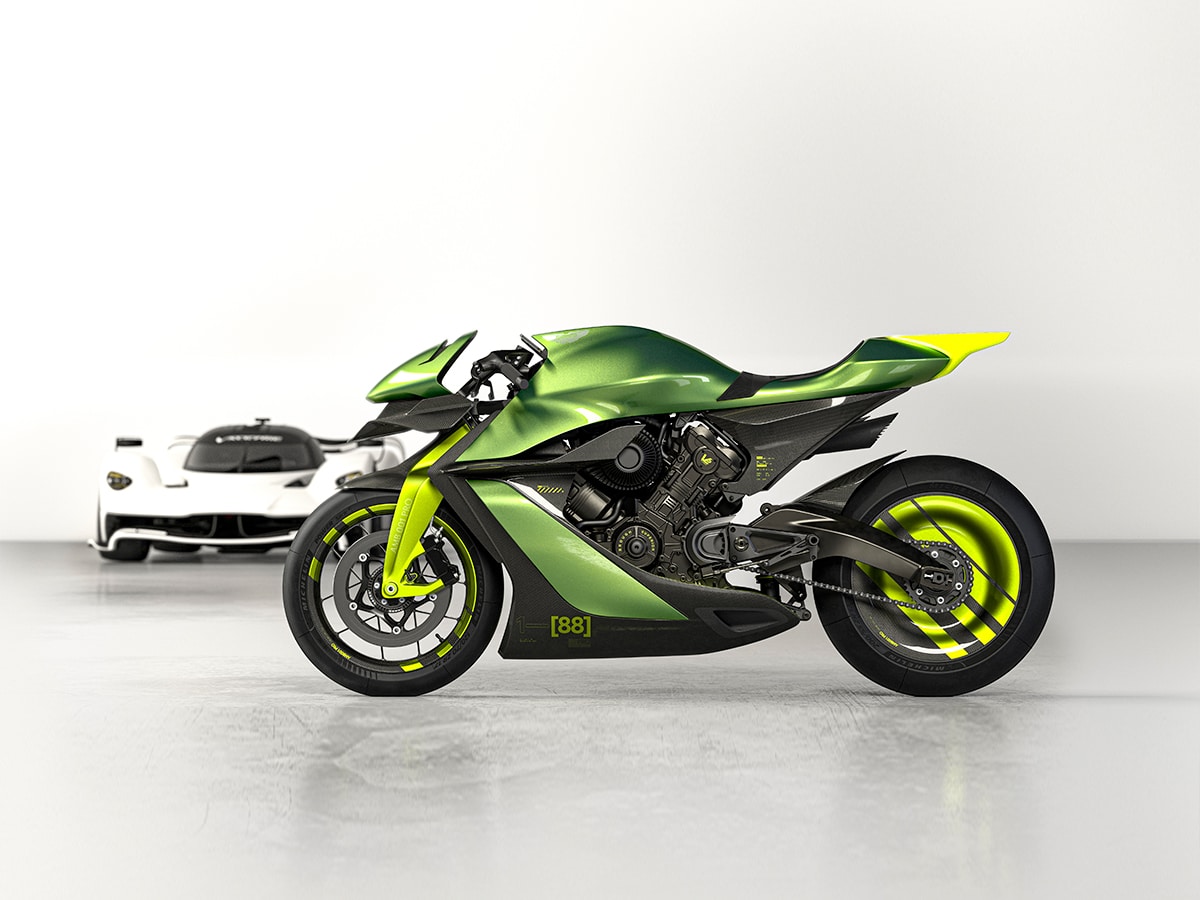 The AMB 001 Pro superbike takes everything Aston Martin and Brough Superior learned and delivered with their formative motorbike and dials it up to eleven. The result is a 25% power increase on its predecessor to 225 HP, coming courtesy of a new fully-machined AL 5000 solid billet CNC-machine dual-cylinder 997cc engine. In total, the bike weighs in at just 175kg, meaning the power-to-weight ratio is 1.28 hp/kg, similar to that of a Formula One car. There is also a new cylinder design that aids in better cooling.

The AMB 001 Pro is inspired by the Valkyrie AMR Pro hypercar and follows its extreme philosophy of lightness mixed with lots of power. It is a carbon-fibre sculpture that is fit for James Bond on a track day while also looking good enough to be displayed at an Art Museum. Only 88 of these two-wheeled wonders would be built with deliveries starting from Q4 2023. Discover Opulent Club on Apple news.