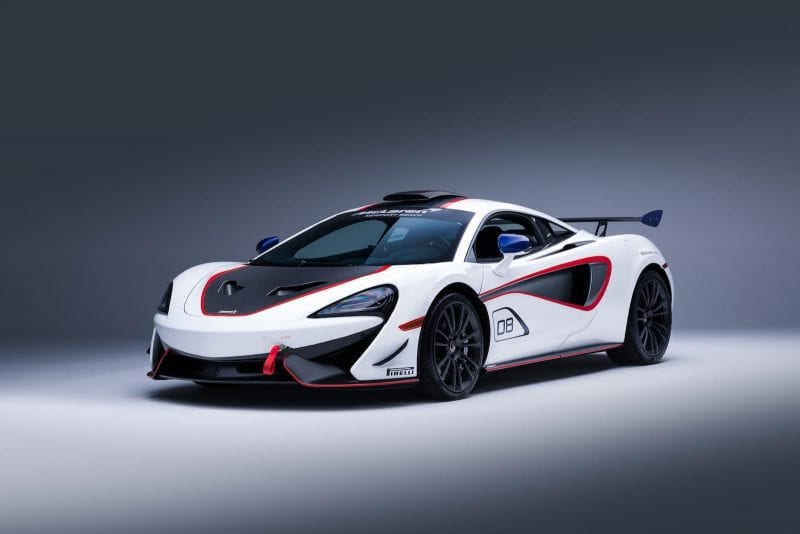 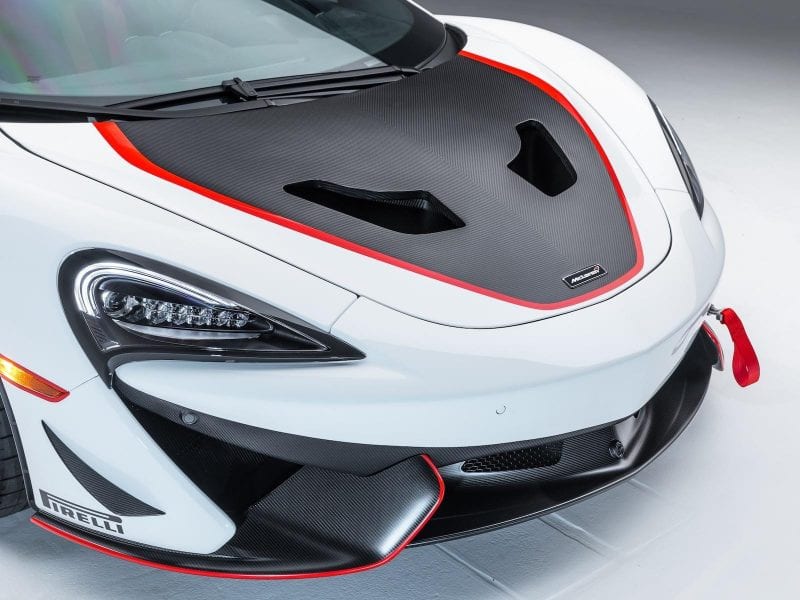 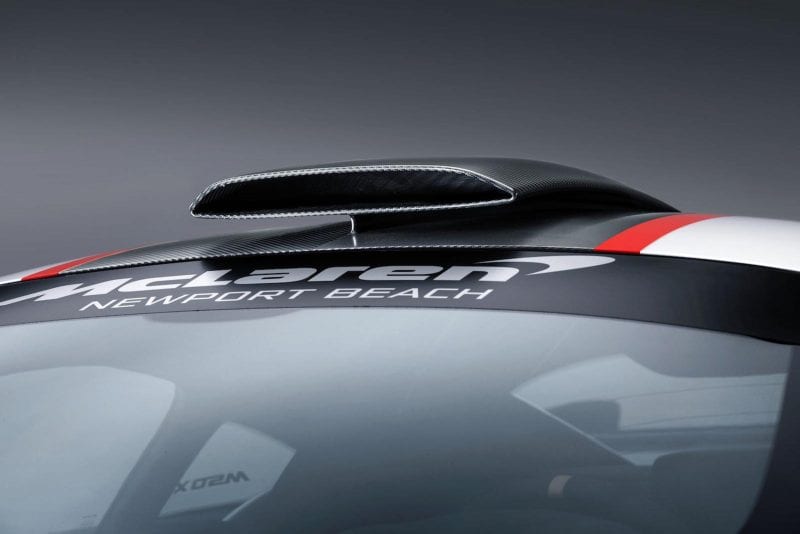 The rear wing adds 220 lbs of downforce to the rear. The roof snorkel was inspired by the 1997 F1 GTR Longtail and improves air induction. The hood has intakes that help channel air to the snorkel and rear wing. Dive planes on the front add some stability up front. Other changes include MSO Titanium Super Sports Exhaust and Pirelli PZero Corsa tires. 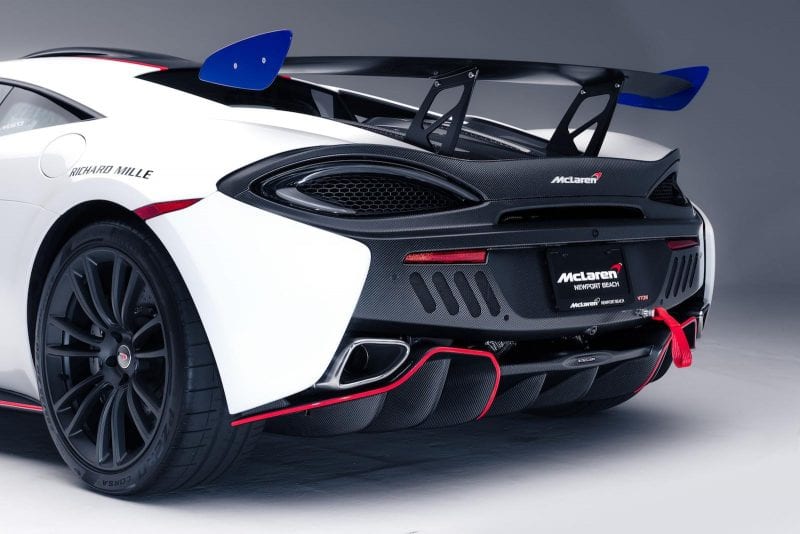 The weight is reduced thanks to the extensive use of satin finish carbon fibre across the entire bodywork, including roof, bonnet, side skirts and engine cover, as well as a unique rear bumper with ‘cut-outs’. The MSO X cars are fitted with parking sensors, rear view cameras, vehicle lift and race air conditioning. 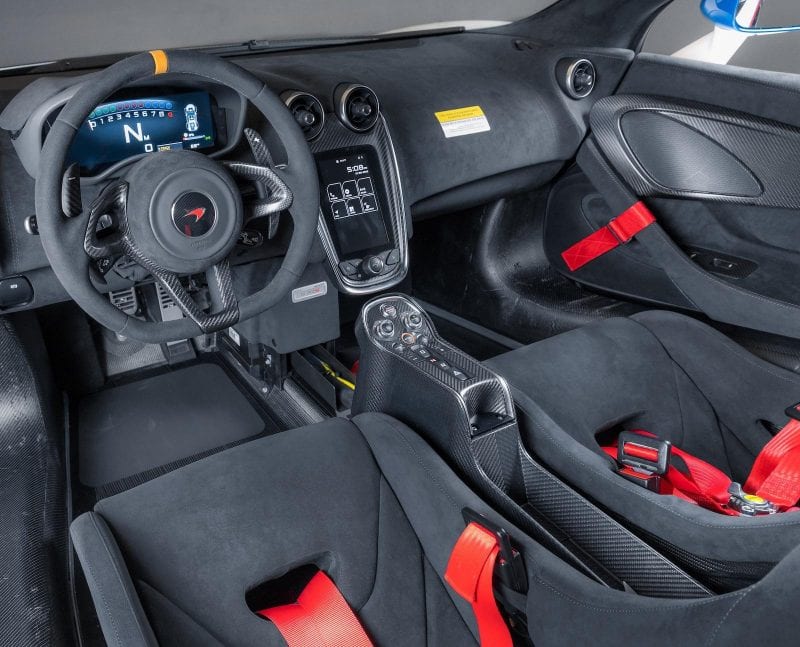 The interior of the standard 570S features carbon fiber on the steering wheel, instrument cluster and center console. The MSO X removes the carpeting and leather, exposing the McLaren’s carbon-fiber Monocell 2 on the car’s door sills. Each carbon-fiber seat is fitted with a six-point racing harness. The standard seat belts are still there for non-track driving. There’s space behind the seats for a helmet. The McLaren Track Telemetry from the 720S adds cameras so you can review your laps.