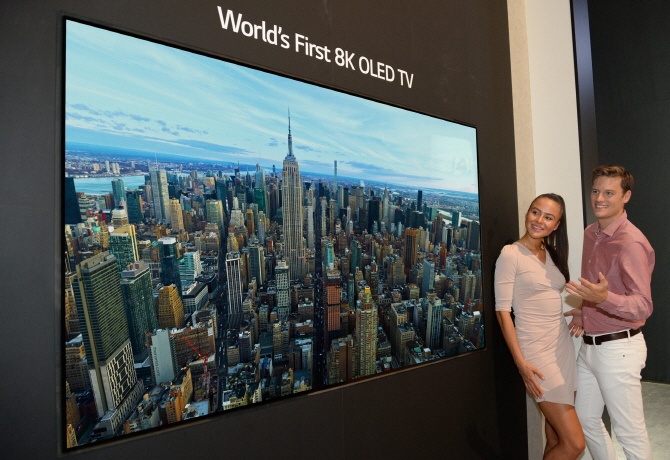 Ready or not, 8K TV widely available is the US will go on sale this fall. Korean rivals Samsung and LG both unveiled new 8K TVs at the IFA 2018 expo in Germany, devices that should deliver even better picture quality than the best 4K TVs available in stores right now. The 85-inch Q900FN from Samsung announced ahead of the IFA trade show in Berlin, has four times the pixels than your typical puny 4K TV, and it’ll arrive to U.S. stores this October. It’s the company’s follow-up to the Q9S concept at CES, complete with the same AI processing to upscale content into something resembling 8K. The Q900FN will feature Real 8K Resolution, Q HDR 8K, Quantum Processor 8K, and 8K AI Upscaling. Today LG announced its own 88-inch 8K OLED panel, which is naturally a “world’s first” and feature 7680 x 4320 resolution. That’s over 33 million self-emitting pixels that will deliver an “unmatched contrast ratio.” LG did not specify prices or release dates either but did say that the 8K TV market may be at its infancy, but it should grow to more than five million units by 2022, with LG “committed to leading the ultra-premium market.”