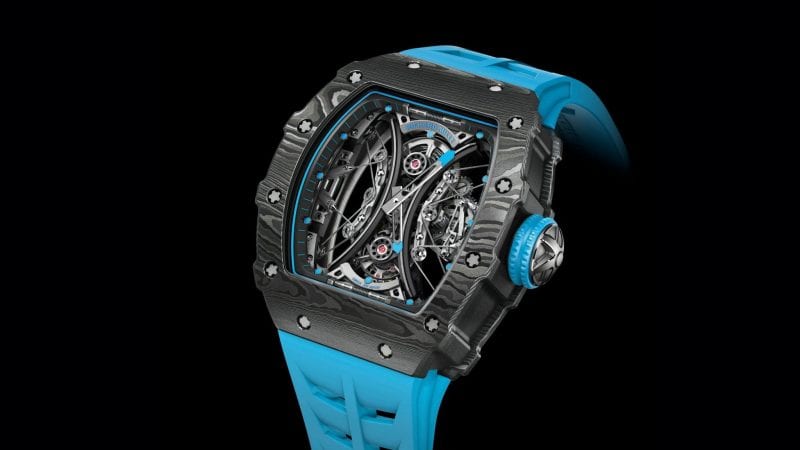 Richard Mille has unveiled a sporty and dynamic RM 53-01 Tourbillon timepiece exclusively designed for one of polo’s greatest champions ever Pablo Mac Donough. As always Richard Mille created a highly technical watch, that tackles shock absorption in a very sophisticated way. To deal with the harsh conditions during a polo match Richard Mille set out to create a robust watch, yet one that would not compromise his quest for excellence.

Polo is known to have scattered quite a few watch crystals, and even sapphire crystal is no guarantee to survive a watch. To tackle this, Richard Mille created the very first watch ever with a crystal made from laminated sapphire glass. Both protect the seemingly delicate, but in fact very sturdy movement inside. The RM 53-01 is limited to 30 pieces and costs $900,000!

Created as a suspension bridge, the movement is placed between two grade-5 titanium base places, which are supported by a tiny braided steel cable, only 0.27mm in diameter, running through ten pulleys. This not only gives the movement its strength, but also distributes the tensions within the movement evenly. The result is not only an incredibly shock resistant watch but also a horological delight. 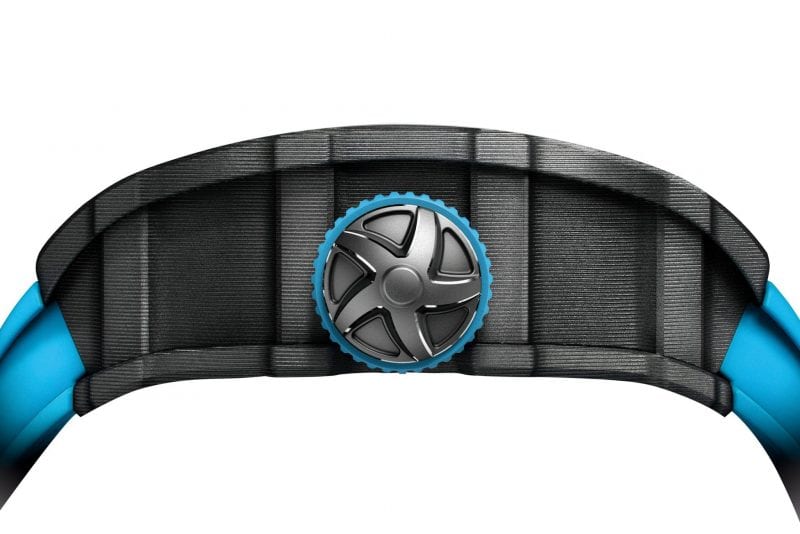 The case of the watch is made from Ccarbon TPT that consists of over 600 layers of parallel filaments obtained by separating carbon threads. With a maximum thickness of 30 microns, the Carbon TPT layers are saturated with resin, then compiled on a special machine that modifies the orientation of the fibres between each layer by 45°. Once it has been heated to 120°C and subjected to a pressure of 6 bars, it is machined at Richard Mille’s factory. Carbon TPT is renowned for its excellent resistance to micro-cracks and splits. Its remarkable surface displays complex damascene patterns. 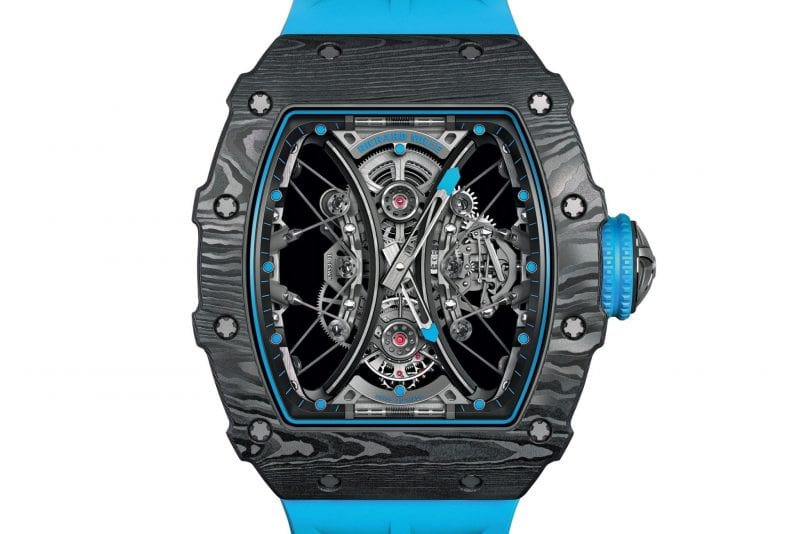