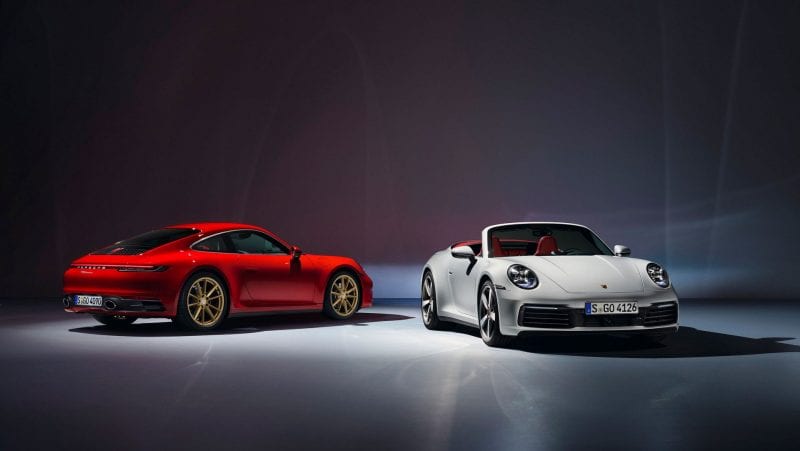 The Porsche 911 lineup is expanding now unveils the standard 911 Carrera and Carrera Cabriolet ahead of deliveries beginning in early 2020.

On the styling front, there isn’t much to report as the models closely echo their Carrera S and 4S counterparts.  The only difference is that the Carrera has a single exhaust outlet exiting from each corner of the rear, versus a pair of pipes on each side of the S. However, buyers can spec an optional Sport Exhaust with two oval tips. The interiors are also identical, including both models using a 10.9-inch infotainment screen. There’s also a standard Porsche Active Suspension Management system with electronically variable damping. The latter features Normal and Sport modes, so drivers can either emphasize comfort or handling.

The 911 Carrera costs $97,400, while the 911 Carrera Cabriolet retails for $110,200. The all-wheel drive versions of these models will be announced soon. Discover Opulent Club on Apple News.