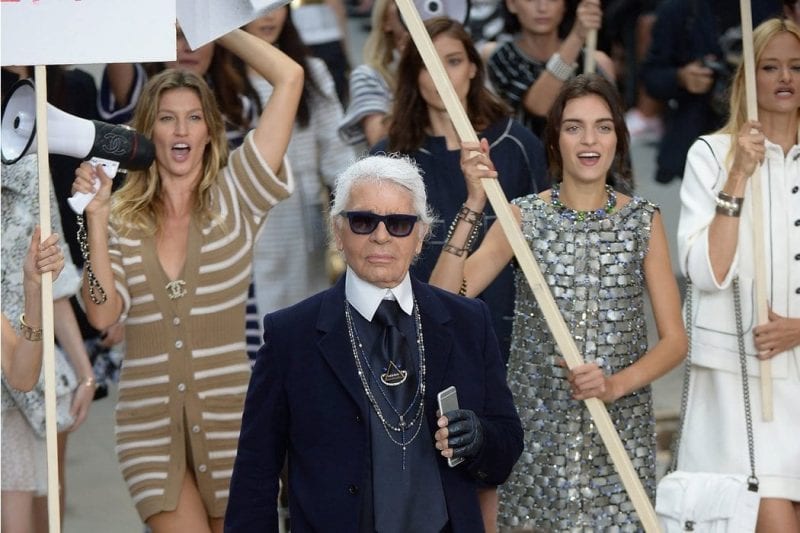 Karl Lagerfeld, one of the world’s most iconic designer, has died in Paris. Lagerfeld’s iconic ponytail and dark glasses made him an instantly recognizable figure around the world. He was 85. Anna Wintour, the editor-in-chief of Vogue magazine, said in a statement: “Today the world lost a giant among men.” In the 70 years of his career Lagerfeld created collections simultaneously for the celebrated houses of Chanel and Fendi, in addition to his signature label, at a pace without rival in the luxury industry. For Lagerfeld, to design was to breathe, “so if I can’t breathe, I’m in trouble,” he often quipped to journalists who were astonished by his inexhaustible work ethic and his insistence that he would never retire.

While the cause of death has yet to be announced, some speculated he had fallen ill when he failed to attend the Chanel Spring Couture show on February 22.

Alain Wertheimer, CEO of Chanel, shared his sadness upon the loss of the “prolific creative mind.”

“Thanks to his creative genius, generosity and exceptional intuition, Karl Lagerfeld was ahead of his time, which widely contributed to the House of Chanel’s success throughout the world. Today, not only have I lost a friend, but we have all lost an extraordinary creative mind to whom I gave carte blanche in the early 1980s to reinvent the brand,” Wertheimer said in a statement on Instagram.

Lagerfeld often said that his only love in life was his work. “There is no secret to life,” Lagerfeld said. “The only secret is work. Get your act together, and also, perhaps, have a decent life. Don’t drink. Don’t smoke. Don’t take drugs. All that helps.”   Discover Opulent Club on Apple News.