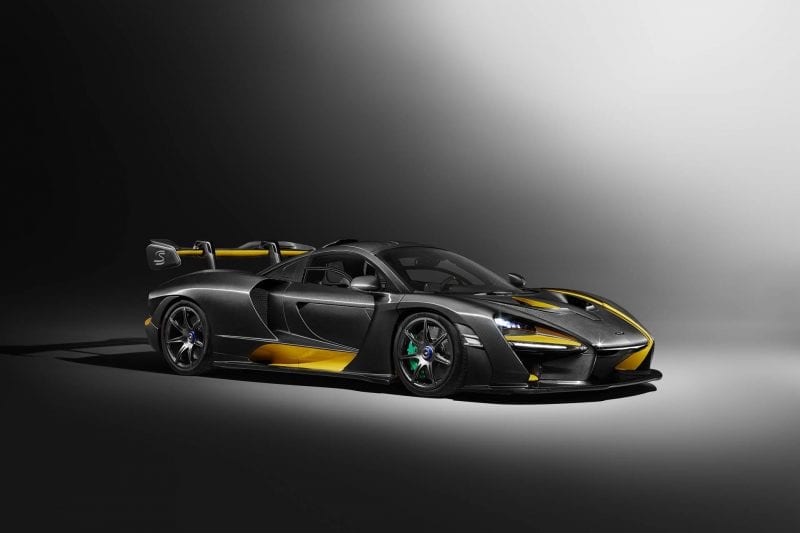 McLaren has revealed its Geneva motor show-bound Senna hypercar customised by the McLaren Special Operations (MSO) division. The package comprises 67 parts that takes nearly 1,000 man-hours to produce. It also features yellow and green accents in reference to Ayrton Senna’s Brazilian heritage, taking another 250 hours to apply. This on top of the 300 hours it takes to hand-assemble each car.

Should you want your lightweighting taken to extremes, you’ll soon have the choice of carbon fibre wheels, instead of the already featherweight forged rims. McLaren says the front wheel weighs 7.5kg without a tyre – up to ten per cent less than the standard wheel. Not a massive saving by any means, but very appropriate for the most extreme machine ever dreamt up by McLaren Automotive.

The exterior isn’t the only part of where such changes have been applied; the interior receives lot of such interesting changes. Inside, there’s black Alcantara upholstery for the seats, but the colour flourishes continue, with the seat stitching, speakers and steering wheel centre strip finished in yellow, while the door gas strut matches the brake calipers’ green shade.

“The McLaren Senna customers in the process of specifying their own, personalised cars are almost without exception commissioning an elevated level of MSO content, so we are definitely appealing to our target audience,” said MSO director Ansar Ali. “With the car having generated so much interest since its unveiling in December, we knew we needed to produce something very special in order to showcase the unique talents of McLaren Special Operations;