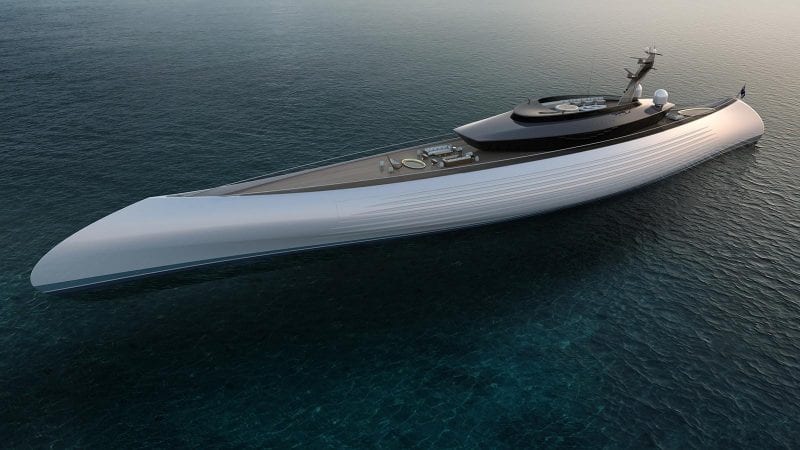 This radical design comes from the drawing boards of Lobanov Design the studio behind Oceanco’s 110 metre flagship yacht Jubilee, while the interior is courtesy of Achille Salvagni and the hybrid propulsion system was developed in collaboration with BMT Nigel Gee Naval Architects. 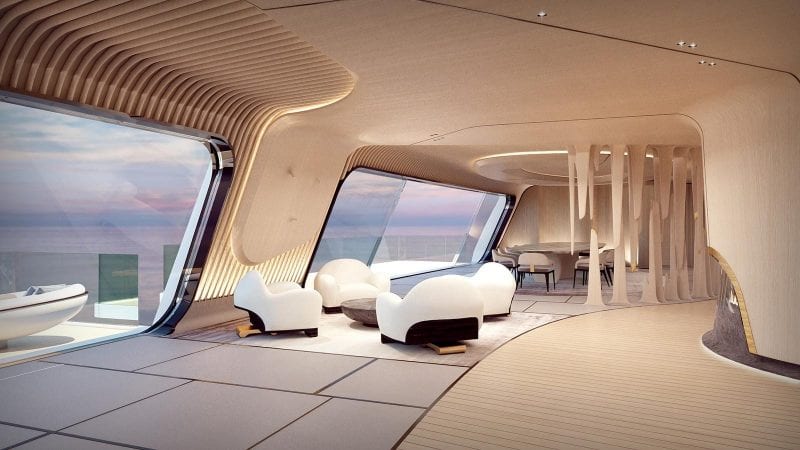 The reverse angle bow and transom continue the use of symmetry in Lobanov’s conceptual work, previously seen in the 132 metre Star. Oceanco adds that the concept could be adapted to suit any length from 80 metres to 120 metres. “Tuhura is a simple idea,” explains Igor Lobanov. “The thought was to take a natural shape similar to those seen in the earliest canoe-type craft and augment it on a larger scale, using modern technology.” The name Tuhura reflects this inspiration, as it is derived from the Maori word for ‘discover’. 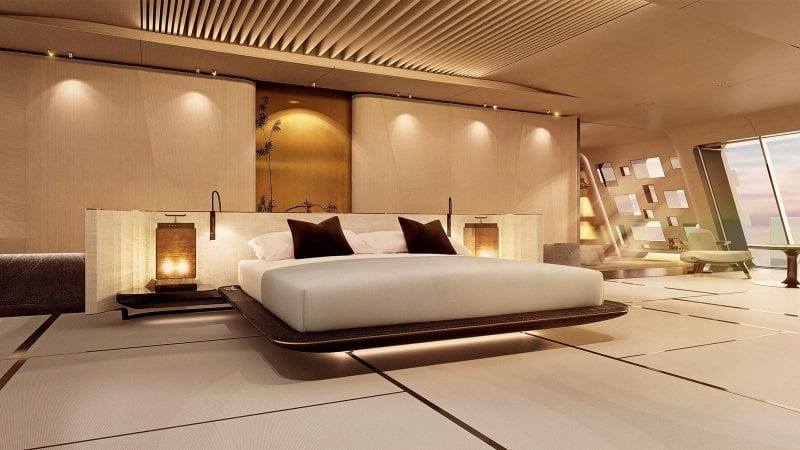 The Salvagni interior is every bit as impressive as the exterior, with the Pacific islands and East Asia providing the influence for the decor, which features brushed teak, tatami floors and bronze metalwork. The skylounge is a great example of these themes with teak stalactites and stalagmites dividing the central fireplace from the intimate dining area. 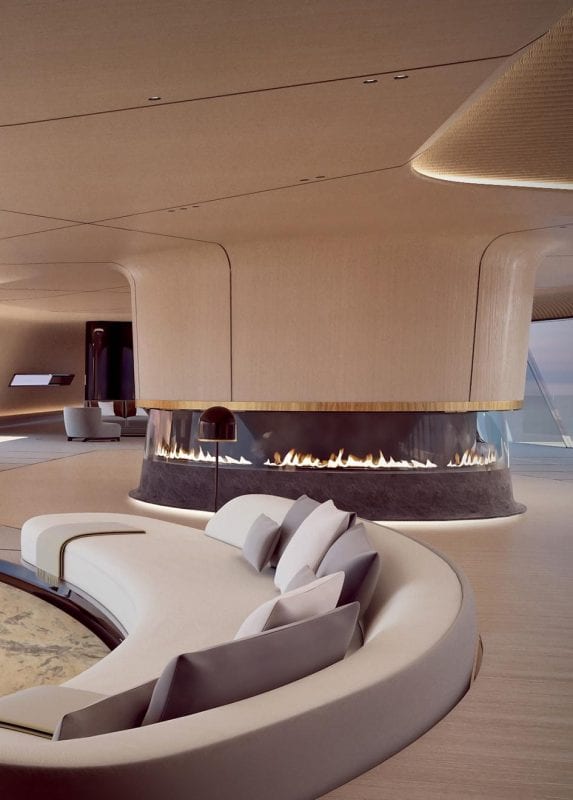 The task of designing the propulsion system for such an avante-garde yacht fell to British naval architects BMT Nigel Gee, who chose a hybrid, contra-rotating Azipod system from ABB that should achieve a top speed of 18 knots. The studio’s yacht design director James Roy says that this drivetrain has proven its efficiency in the commercial sector. “There is a synergy between the efficiency of the hull form, and that of the propulsion system,” he adds.

Other highlights on board include a 360-degree cinema room, a foredeck hammock and a superyacht spa pool on the sundeck.